The stress tests on Eurozone banks run by the European Central Bank, “will not be enough,” warns a senior analyst at one of the world’s largest independent financial advisory organisations.

The observation from Tom Elliott, deVere Group’s International Investment Strategist, comes ahead of the results of the high-stakes tests being made public on Sunday.

Mr Elliott comments: “Despite the desirability of having a light shone on the balance sheets of European banks, the European Banking Authority (EBA) bank stress test is unlikely to be a constructive tool in repairing the region’s banking sector unless something altogether more ambitious is also announced by the ECB.

“On Sunday, the ECB should announce the creation of a bad bank. A bad bank needs to be created to relieve euro zone banks of their bad assets, resembling a euro zone replica of NMA in Ireland.  This could be funded by the ECB, which would exchange bonds under its own name for these assets.

“If member states object to the ECB issuing its own bonds, they could guarantee bonds raised on capital markets for this purpose, similar to the programs used to bail out peripheral countries. A condition of an ECB-funded bad bank must be that strong banks in one country can take over weak banks in another, and so promote consolidation. Although the UK’s banks are vulnerable to swings in the housing market, they are relatively strong thanks to government bailouts and so do not need to be included.” 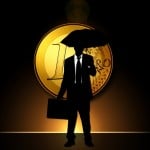 He continues: “If the stress test is too strict, and fails too many banks, European tax payers are likely to end up footing the bill for re-capitalising their balance sheets, since private capital will have all its worst fears about weak bank balance sheets confirmed. This will put pressure on government budgets at a time of regional austerity, and make a joke of the 3 per cent budget deficit limit that euro zone members are supposed to be aiming for and which France and Italy will already be breaching. German and Italian mid-tier banks look particularly vulnerable.

“One of the objectives of the stress test is to promote M&A activity to consolidate the sector, and to create a network of regional rather than national banks. This will help break the link between European sovereign debt crisis, bank failures and recessions. However, increased state control of the sector will hamper this, as governments will find it easier to support and protect national champions.

“However, the strongest European banks will find it easier to raise capital and their share prices will rise relative to the sector.”

Mr Elliott goes on to add: “But if the stress test passes too many banks, it will be regarded as a repetition of three previous EBA stress tests. These were viewed almost immediately on release as being unrealistically optimistic, a view confirmed by subsequent bank failures.

“Although the banking sector will be let off the obligation to raise more capital, bad loans will continue to sit on balance sheets impairing new lending and so contribute to weak economic growth. Investors will remain very suspicious of banks’ balance sheets and wary of bank equity or debt.”

deVere Group’s International Investment Strategist concludes: “If the stress test sits on the fence, attempting to find a middle ground that offers perhaps a mix of harsh warnings but few outright fails, it will be ignored. It may choose to fill itself with conditional clauses, banks’ balance sheets are complex at the best of times, and weighting assets by risk adds a further complexity. And any attempt by it to take a firm view on the quality of loss-absorption of hybrid capital, which although needs to be done, will be controversial.”