EUR/USD back to future?!

The first full trading week of 2015 started chaotic for the market. Plunging from ironic 1.2015 level to iconic 1.1760 level EUR/USD demonstrated that Euro zone is far away of being out of financial and political crisis.

The market started with Draghi effect from the previous week’s pessimist commentary on Euro and Euro zone. With the market opening, EUR/USD broke below its psychological 1.20 zone and found itself an immediate support at 1.1870 zone. Meanwhile Euro zone bond yields fell, commodity prices fell and so did the commodity currencies fell against USD due to the low inflation expectations.

The Greekovery fail fear increased further stronger later on Monday, due to the rumors and a magazine post that German Chancellor Angela Merkel is willing to accept Greece’s Euro zone Exit. This news came in line with the Greek polls that opposition left party Syriza (Coalition of the Radical Left) is not too much ahead, which added even further uncertainty into the Europe’s unity.

On Tuesday, Euro was pushed down the hill by the final service-sector PMI. December’s revised down PMI data pushed the EUR/USD pair to the edge of 2006 lows. Meanwhile the UK service-PMI also fell in December which made cable break below its 1.5180 level. And the big surprise for the day came with the WTI falling below its $50 per barrel level. With the falling oil prices came the lowered inflation expectations and the falling treasury yields.

On Wednesday EUR/USD made yet another yearly low as the Eurozone’s CPI estimate confirmed that the union economy was in deflation during December 2014, Deflation surprise was actually no surprise as the inflation is highly correlated with the free falling crude oil prices. Here we remember once again Mr. Draghi saying the ECB will do whatever it takes within its mandate to keep the inflation targets at 2%.

The big news though was the FOMC minutes on Wednesday evening. The minutes once again emphasized confidence in the USD saying “Although the projected path of the dollar was revised up, the staff revised down its estimate of how much the appreciation of the dollar since last summer would restrain projected growth in real GDP." The tone of the minutes gave the USD further confidence and increased the expectations for the FED’s rate hike. 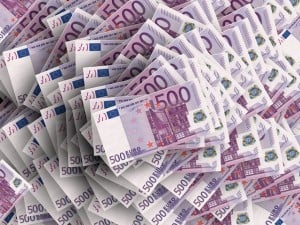 On Thursday, EUR/USD fell to its lowest level since December 2005, which was also the starting point of the pair back in 1999. Hence some technical fears took over the market that the pair might be actually moving below 1.00 levels.

US stocks fell on Friday in trading after a two day rally as investors assessed the monthly payrolls report that gave mixed signals on the economy and crude oil fell along side not being able to break above its $50 per barrel zone.

Non-farm payrolls rose in December topping analysts’ expectation while November surprising gain was also revised higher; however wages declined which was the stop sign for the investors. Despite the constant positive US fundamentals, it seems that investors have started to take profit, which is a sign that there could be a possible reversal or price consolidation coming to the market in the upcoming days. The next three days will create a better view of the market developments as the market will be consolidating the NFP figures.
Next week’s economic outlook is rather relaxed compared to the last week. Nevertheless the following developments will be developing volatility in the market:

• Tuesday – Chinese Trade Balance. If the data comes out better than expected we may expect to see AUD/USD surging upwards

• Wednesday– US crude oil inventories. With imbalance in supply and demand, this data is likely to define the direction of the crude oil market developments

• Thursday– German 2014 GDP data. As the operational economic motor of the euro zone, this data is going to be closely followed by the traders globally

• Friday– Euro zone and US CPI data. As the monetary divergence grows between world’s two leading economies these two data announcements could possibly create another wave.

The History of Currency