Even the value of Number 10 Downing Street has dropped

According to Zoopla, when Tony Blair swept to power in 1997, the much sought after property of No 10 was worth in the region of Â£1.65 million. It had climbed to a massive Â£5 million by 2007 before tailing off to a more modest Â£4.5 million at today’s prices.

But its value may remain pretty flat from here if the Bank of England’s ‘Trends in Lending’ report is anything to go by.

The report is based on ‘Lending Panel data’, which covers the major UK lenders of Banco Santander, Barclays, HSBC, Lloyds, Nationwide and RBS who together make up about 75% of mortgage lending.

The report seems to show that lending is expected to loosen a very small amount over the coming year and that there may be a few more house sellers coming on to the market. That could lead to a balance where house prices remain fairly static. “Looking forward, the major UK lenders expected house prices to be broadly flat over the coming year and for the stock of secured household lending to increase moderately.”

Although mortgage availability should remain as is or even increase, “the Bank’s network of Agents reported that a lack of mortgage finance, particularly at higher LTV ratios, continued to deter potential homebuyers.” The report expects only a very small increase in maximum LTV ratios to occur.

Remortgaging also remains very subdued, as can be seen from the graph. 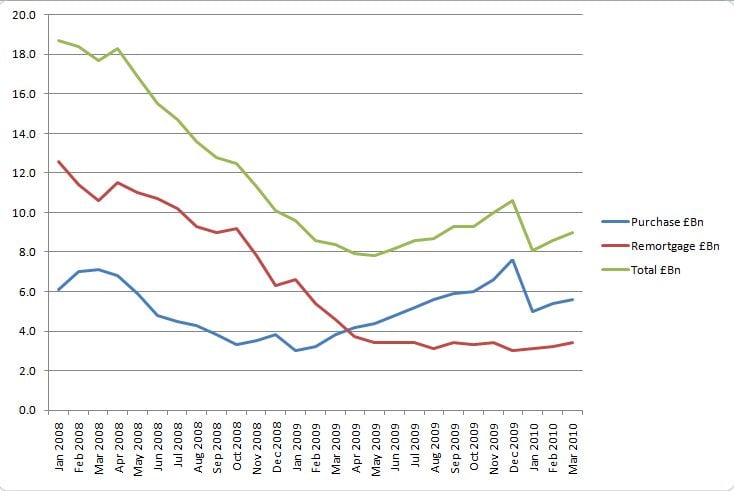