“We thank Project Finance Magazine for recognizing Ex-Im Bank’s commitment to the American renewable-energy industry and the jobs it supports here at home,” said Export-Import Bank Chairman and President Fred P. Hochberg. “By financing the export of wind blades manufactured by Gamesa in Pennsylvania, we not only bolstered American job growth, but we also contributed to energy production in Costa Rica. It should be no surprise that we approved $257 million in authorizations for exports in wind, solar, biomass and other renewable-energy industries in FY 2013 to support high-tech American jobs.: 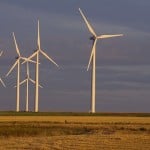 In late 2013, Ex-Im Bank approved a $61.1 million direct loan to Orosi, a subsidiary of the leading Central American wind-generation company Globeleq Mesoamerica Energy, for the purchase of wind-turbine generators manufactured by Gamesa in Fairless Hills, Pa.

Ex-Im Bank is an independent federal agency that creates and maintains U.S. jobs by filling gaps in private export financing at no cost to American taxpayers. The Bank provides a variety of financing mechanisms, including working-capital guarantees, export-credit insurance and financing to help foreign buyers purchase U.S. goods and services. In the past fiscal year alone, Ex-Im Bank earned for U.S. taxpayers more than $1 billion above the cost of operations.

In FY 2013, Ex-Im Bank approved more than $27 billion in total authorizations to support an estimated $37.4 billion in U.S. export sales and approximately 205,000 American jobs in communities across the country. For the year, the Bank approved a record 3,413 transactions– or 89 percent–for small-businesses. Small business exporters can learn about how Ex-Im Bank products can help them increase foreign sales at http://go.usa.gov/ZVTd. For other information about Ex-Im, visit www.exim.gov.

‘Thieves and fraudsters should not be jailed’ says top legal mind