Ex-Im Bank Sets Goal of $2 Billion in Financing of U.S.-Manufactured Business Aircraft and Helicopters in 2014

Today the Export-Import Bank of the United States (Ex-Im Bank) announced a new goal of $2 billion in financing for U.S.-manufactured business aircraft and helicopters by the end of 2014.

The Bank reached its previously announced goal of $1 billion in support of these exports in December 2013, 10 months ahead of schedule.

In FY 2014 to date, Ex-Im Bank has authorized approximately $740 million for exports of business aircraft and helicopters made in the United States by companies that include Gulfstream Aerospace Corp. based in Savannah, Ga., Beechcraft based Wichita, Kan., and Sikorsky Aircraft Corp., which manufactures nonmilitary helicopters in Coatesville, Pa. Ex-Im Bank’s financing also supports sales and jobs of U.S. small businesses in the supply chains of these manufacturers.

“Ex-Im Bank has exceeded its goal to increase export financing of U.S.-made business aircraft and helicopters to $1 billion by 2014, and we expect to double that amount by the end of the calendar year. The Bank’s support is enabling these manufacturers and their workers to create American jobs and meet the growing global demand for their excellent products, particularly in markets where other sources of buyer financing are not readily available,” said Ex-Im Bank Chairman and President Fred P. Hochberg. 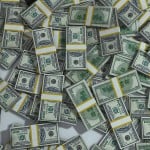 Ex-Im Bank topped its previous goal in December 2013 with the guarantee of a $300 million loan extended by Apple Bank for Savings to Minsheng Financial Leasing Company Ltd. of Tianjin, China, that is financing the purchase of a fleet of eight aircraft manufactured by Gulfstream.

Ex-Im Bank is an independent federal agency that creates and maintains U.S. jobs by filling gaps in private export financing at no cost to American taxpayers. The Bank provides a variety of financing mechanisms, including working capital guarantees, export-credit insurance and financing to help foreign buyers purchase U.S. goods and services. In the past fiscal year alone, Ex-Im Bank earned for U.S. taxpayers more than $1 billion above the cost of operations.

In FY 2013, Ex-Im Bank approved more than $27 billion in total authorizations to support an estimated $37.4 billion in U.S. export sales and approximately 205,000 American jobs in communities across the country. For the year, the Bank approved a record 3,413 transactions – or 89 percent of total transactions – for small businesses. Small-business exporters can learn about how the Bank’s products can help them increase foreign sales at http://go.usa.gov/ZVTd. For other information about Ex-Im Bank, visit www.exim.gov.