Ever since Tom Watson stood up last week in Prime Minister's questions saying that an aide to a former Prime Minister was a paedophile previously active in No.10 Downing street, the world of British politics has been wondering who that individual is.

Well, Watson later went on to disclose that Peter Morrison was not the Aide he wasÂ referringÂ to, butÂ according to The Daily MailÂ Â Rod Richards has stated that Sir Peter Morrison (Thatcher's former aid) was a paedophile.

Richards said that he was privy to information that linked Morrison to the Wrexham children's homes child sex scandal in North Wales and Richards was left frustrated that the final report into the investigation scandalÂ failedÂ to incriminate Morrison.

What is more worrying are the claims by Rod Richards that William Hague would also have been party to the information seen by Richards.

But William Hague has denied being presented with any evidence linking Morrison to the child abuse scandal in North Wales.

It was only last week that Edwina Currie said that Morrison had regular sex with 16 year old boys at the time when the legal age of consent sex was 21, but Rod Richard's comments reveal that there may have been two child abusers working in N0.10 with Morrison identified as the one and the mystery aide referred to in Prime Minister's questions by Tom Watson.

This would suggest a possible Paedophile ring in No.10 and without proper investigation it cannot be ruled out that this ring is may still be active to this day.

But it appears thatÂ Baroness Thatcher also invited the Late Jimmy Savile to Chequers on regular occasions, meaning the vetting process for parliamentary aides and confidantes is either flawed or ignored.

If ignored then we must ask why who or rather what exactly is running this country? 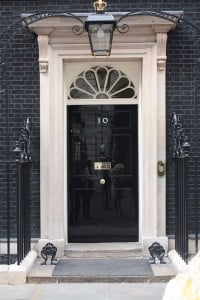