A new Federal Reserve Bank of New York study finds a striking level of accuracy in the correspondence between debt-holding patterns implied by the borrower-reported Survey of Consumer Finances (SCF) and the lender-reported Consumer Credit Panel (CCP). Some exceptions do exist, and chief among them is credit card debt, which appears to be roughly 37 percent lower in the SCF than in the CCP.

In their study, authors Meta Brown, Andrew Haughwout, Donghoon Lee, and Wilbert van der Klaauw sought to gauge the similarity between the pictures of U.S. consumer debt that are painted by lenders and by survey respondents. Their analysis relied on the SCF, a triennial survey of U.S. households that focuses primarily on household assets and liabilities, and the CCP, which is based on data supplied by the Equifax credit reporting agency. After all, the authors argue, economists’ understanding of the finances of U.S. consumers is based heavily on survey data.

The economists compare consumer debt aggregates as well as metrics—such as the mean and variance—of the household distributions of total debt, mortgage and home equity lines of credit (HELOC), vehicle loans, credit card debt, student loans, and other debt in the two sources. They also compute household delinquency and bankruptcy rates in the two samples for 2001, 2004, 2007, and 2010, noting that two of those years (2001 and 2004) precede and two follow the implementation of a major bankruptcy law reform. 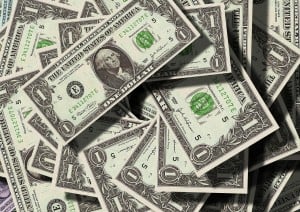 The report finds that in the majority of disaggregated debt categories and borrower characteristics, debt levels reported in the SCF and CCP are quite similar. Mortgages, HELOCs, and vehicle loans attain similar levels and follow similar age and geographic patterns and time trends in the SCF and CCP, for example. Overall, the weight of the evidence indicates a high level of accuracy in the correspondence between debts in the two sources. However, the authors also find that credit card debt appears to be up to 40 percent lower in the SCF than in the CCP, even when one includes both carried debt and convenience uses of credit cards in each measure. Generous accounting for small business borrowing and other factors still leaves a 37 percent gap between SCF and CCP mean household credit card balances. The difference in reported credit card use between the SCF and the CCP is significantly and substantially larger for households with three or more adults than for single and two-adult households. This may be attributable in part to household survey respondents’ greater knowledge of their own debt than of their household members’ debt, and it may offer a partial explanation for the remaining 37 percent gap.

Moreover, the aggregate student debt balances implied by the SCF are 25 percent lower than those implied by the CCP, which, in turn, are similar to aggregates drawn from other student debt sources. This difference may be explained in part by the non-institutional, household-level sampling frame of the SCF. Nevertheless, the authors note the similarity in the steep upward trends in student debt measured in the two sources.

Perhaps most unexpectedly, bankruptcy appears to be reported at similar frequencies in the SCF and the CCP. Bankruptcy has been documented to be a stigmatized borrower behavior, and it would be costless to survey respondents to omit reporting past bankruptcies during their interviews. Nevertheless, among one- and two-adult households, the CCP’s two-year household bankruptcy rates in 2001, 2004, 2007, and 2010 align quite credibly with the SCF’s one- and three-year bankruptcy rates.

Meta Brown is a senior economist in the New York Fed’s Research and Statistics Group; Andrew Haughwout and Wilbert van der Klaauw are senior vice presidents in the Group; Donghoon Lee is a research officer in the Group.

Bedroom Tax Has Pushed One In Three Council Tenants Into Arrears