A recent report has said that corporate Remuneration Committees are made up in such a way as to bring their decision making into question.

Remuneration Committees (better known as ‘remcos’) are built into company corporate structures so as to bring oversight and governance into play when deciding on the pay of the lead executive or CEO of that company as well as that of other senior posts.

But the High Pay Centre’s recent report ‘The New Closed Shop: Who’s Deciding On Pay’ says that the benchmarking process used by these committees coupled with them coming from similar professional backgrounds as well as their gender make-up may result in the unmerited increase of pay.

The HPC also found that 46% of people sitting on remcoms are current or former lead executives and Of the 366 nonexecutive directors who sit on remcoms just 10% (37) are not from business or financial intermediation.

On gender 45% of the companies surveyed in the FTSE 100 have all male remuneration committees and only 16% (59) of those sitting on the committees are women.

What the HPC is saying in essence is that an old boy’s network sets the pay for the old boy’s in the network.

One of the reasons for looking at this says the HPC is that there has been a ‘dramatic escalation’ in executive pay over the last 30 years with the average annual remuneration now standing at Â£4.2 million, which it says is way out of kilter with the public perception in terms of both where such pay is or should be.

But, before we round on these highly paid executives let’s just consider what we are saying here.

The public have absolutely no concerns with high pay, in fact they applaud it. Footballers’ pay has grown astronomically over the last few decades with little or no complaint and writers and singers [1] continue to be well rewarded. And these people do nothing but entertain us. They do not provide us with the food we eat, the water we drink, the buildings we live and work in nor the trains and aeroplanes we travel in.

The only difference is that we see and hear directly the talents of the entertainers. But if you were in a desert which would you give Â£10 for, the latest hot DVD of a gallon of clean water?

The amount that executives are paid should not sway the argument. But the HPC does have a case for the examination of how the pay is decided and to whom it should be awarded. 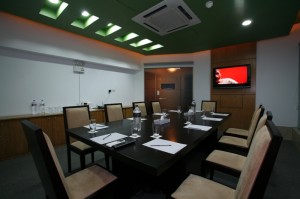 Image by Mdfaridulislam (Own work) [CC-BY-SA-3.0 (http://creativecommons.org/licenses/by-sa/3.0)], via Wikimedia Commons