The vaccination programme against HPV infection began in 2008 in the UK, but only among girls, on the grounds that this would curb the spread of the infection to boys as well.

Data from Australia show that HPV vaccination of girls has had an impact on the prevalence of genital warts in straight men, but there has been no such change in prevalence among gay men, say the authors.

In February this year, Australia extended its school based HPV vaccination programme to 12-13 year old boys, with a catch up programme for 14-15 year olds.

Recent research has shown that the HPV jab is effective in men, including gay men. The vaccine covers HPV 16 and 18, the two strains of the virus which account for most of the cancers associated with the infection.

The vaccine is most effective in those who are not already infected with these strains of HPV, but the published evidence shows that only a minority of young gay men are, and that the strategy to vaccinate a group that includes those who have already been exposed to these strains is cost effective. 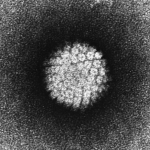 It’s not clear how effective it is to screen gay men, particularly those who are HIV positive, for signs of pre-cancerous tissue changes, so this wouldn’t be a viable alternative, say the authors, and would also preclude the introduction of universal screening.

Nevertheless, the argument for targeted vaccination is strong, they suggest, adding that sexual health clinics would be ideally placed to offer it, particularly as they already offer hepatitis B vaccination. In 2010, 17,000 gay men between the ages of 16 and 26 visited these clinics in England.

And HPV vaccination would help prioritise initiatives to improve access to services for this group, who remain vulnerable to HIV infection, the authors argue.

They admit that the biggest challenge will be to identify and vaccinate young gay men before they acquire HPV infection, but they point to recent data showing that vaccination of sexually active gay men is both clinically and cost effective.

“In the light of this evidence, and in the absence of universal vaccination of boys, the argument for introducing targeted HPV vaccination for [men who have sex with men] up to age 26 years is strong,” they conclude.

Renewable energy costs fall: could it herald an increase in popularity?