All Five Components of the MNI Russia CSI Suffer Setbacks

After having shown tentative signs of levelling off, sentiment among Russian consumers fell sharply in July as economic and geopolitical turmoil resurfaced.

The MNI Russia Consumer Sentiment Indicator fell by 7.4% on the month to 70.8 in July from 76.4 in June, offsetting the improvement since the March low. While confidence among low-earners stumbled this month, high-income households were the most pessimistic they have ever been in the survey’s history.

All five components of the MNI Russia Consumer Sentiment Indicator declined sharply on the month, although all remained above their respective record lows. A more pessimistic short-term outlook for business conditions contributed the most to the fall in overall sentiment following the EU’s decision to extend the current sanctions and amid the rouble rout brought on by falling oil prices. 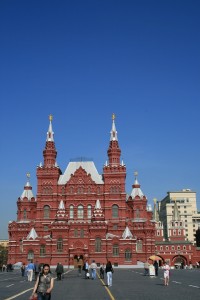 The decline in oil prices was not all bad news, however, as it meant far fewer consumers anticipated that gasoline prices would rise. Even so, dissatisfaction with the current cost of living rose to a six-month high on the back of a hike in utility prices, prompting more of our panel to anticipate that prices would rise over the coming year.

Meanwhile, the mid-June rate cut by the Central Bank of Russia failed to ease consumers’ expectations for the cost of credit which instead rose on the month. Regardless, our indicator was still 8.2% below the outturn at the start of the year when the CBR embarked on its course of policy normalisation.

“External factors turned much more unfavourable over the past month and this is reflected in the sharp reversal in consumer sentiment. Since the conclusion of our July survey, the rouble has weakened further in spite of a stabilisation of oil prices, which could have some further downside impact on confidence.“

“While the CBR has been able to cut interest rates five times this year, an uptick in inflationary expectations threatens to derail the central bank’s plans to further normalise borrowing costs even though the dire weakness throughout the survey continues to suggest that further easing is required.”

Asian Investment In London's Real Estate To Exceed Records In 2014

How Steel is Used in Everyday Life