UK cage fighters are indulging in potentially dangerous behaviours in a bid to lose large amounts of weight in the shortest possible time before a fight, reveal doctors in a snapshot survey of preferred slimming tactics, published online in the British Journal of Sports Medicine.

Mixed martial arts, often referred to as cage fighting, became popular with western audiences in the early 1990s via the Ultimate Fighting Championship (UFC). It has since become one of the world's fastest growing sports and is now broadcast to around 130 countries and 800 million households worldwide. 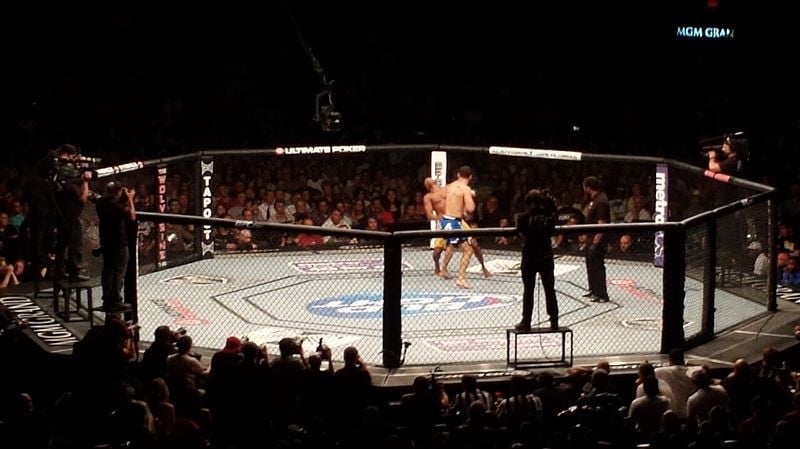 In September 2013 a Brazilian cage fighter died after attempting to shed 20% of his body weight─equivalent to 15 kg─in just 7 days.

And there have been several recent cases of fighters who were forced to withdraw from competition or retire as a result of the symptoms/health problems induced by repeated rapid weight loss tactics.

To find out if UK cage fighters were also putting their health at risk, the researchers carried out a snapshot survey of 30 athletes competing in five different weight classes.

They describe their findings as "alarming."

Two thirds (67%) of the sample engaged in a previously unreported practice known as 'water loading' which involves cutting back on salt intake and dramatically increasing water consumption to around 23 litres over three days.

This was done in the belief that it would trigger 'flushing mode' and prompt excess urine output.

Almost one in five (17%) of the fighters said they used commercial products to boost sweating either by stimulating the circulation or by blocking pores.

More than one in three (37%) took prescription and/or over the counter diuretics, while around one in 8 (13%) used intravenous lines and glycerol to encourage rehydration after the critical weigh-in─which usually occurs between 24 and 36 hours before a fight.

Around three quarters (73%) used nutritional supplements during their weight loss spree, although six out of 10 of them had no idea if these would be tested for banned substances.

All 30 fighters fasted completely or ate a low carb diet in the 3-5 days leading up to the weigh-in, so risking energy depletion, but only one in five (20%) sought dietary advice from a qualified sports dietician or nutritionist.

They said that most of their dietary advice was gleaned from coaches, other competitors and the internet.

Rapid and intensive dehydration increases the potential of blows to the head to damage brain tissue, because unlike boxing, trauma can occur after loss of consciousness. On average, 2.6 head blows are sustained after a cage fighting opponent has passed out.

Of further concern is the lack of any regulatory body for UK cage fighters, to set standards for the health and safety of athletes in competition and apply anti-doping procedures, the researchers add.

They make a raft of recommendations, including the introduction of additional weight classes to reduce the differences between them, shortening the time between weigh-in and competition, and more education for competitors on how to lose weight safely.

Google and its Project Glass specs