Before I begin it is worth making it explicitly clear that I stand fully behind feminism, when it is defined as “a movement that advocates equal rights for men and women”. For anyone to not support this concept is to my mind unfathomable.

I view most campaigns that define themselves under the banner of feminism in a positive light, and agree that there are still aspects in which women do not have the same rights as men. However, frequently there are areas of the movement that stray from the promotion of female rights and into the realms of hypocrisy, or worse anti-male rhetoric.

The vast majority of men are not bigots, misogynists or rapists. The majority of men, like myself, support gender equality. If these men are to remain supportive of feminism, then the movement must work to eradicate elements within it that blacken the name.

These elements I refer to are those who tweet such ludicrous statements as “There’s no such thing as sexism against men,” [1] by which logic ethnic minorities cannot be racist. Men can and do face sexism, that is a fact, and by saying that they cannot risks alienating men who would have previously supported the cause. 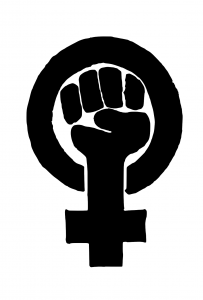 The elements I refer to make jokes about eating sauce named “male tears” [2] and then subsequently unleash a torrent of abuse upon a man for wearing a shirt depicting semi-naked women. [3] This sort of hypocrisy does anything but improve reputability and only plays into the hands of bigoted men.

The elements I refer to are those who complain when they are catcalled by, quote, “a herd of Mexican men” [4] but then happily partake in the sexualisation of men in the hashtag #AlexFromTarget. [5] If you want to be seen as an informed and reliable individual, huge contradictions are not a good place to start.

Feminism, in its purest form, remains incredibly important, but it must remain true to its definition. If the movement continues to endorse the extremities of its support, then it risks losing support of many who would have previously endorsed the cause.