Several of the largest oil companies in the world are doubling down in Russia despite moves by the West to isolate Russia and its economy. ExxonMobil and BP separately signed agreements with Rosneft – Russia's state-owned oil company – to extend and deepen their relationships for energy exploration. The U.S. slapped sanctions on Rosneft's CEO Igor Sechin in late April, freezing his assets and preventing him from obtaining visas.

However, the sanctions do not extend to Rosneft itself, allowing western companies to continue to do business with the Russian oil giant. ExxonMobil signed an agreement with Rosneft, extending its partnership to build a liquefied natural gas (LNG) terminal on Russia's pacific coast. Known as the Far East LNG project, the export terminal will receive natural gas from Russia's eastern fields as well as from Sakhalin-1, an island off Russia's east coast. Rosneft announced the deal in a press release on its website on May 23.

The following day, Rosneft and BP signed an agreement to jointly explore oil in the Volga-Urals region. It will consist of a pilot project in the Domanik formations, and if successful could lead to the development of shale oil in Russia. Rosneft will maintain a 51 percent ownership of the joint venture and BP will own 49 percent.

The signing of the agreement occurred during a ceremony at the St. Petersburg International Economic Forum. The oil majors attended despite pressure from the White House to boycott the event. Many big name companies chose not to attend even though they have large economic interests in Russia, including PepsiCo, German companies E.ON and Siemens, and some of the biggest banks in the U.S. 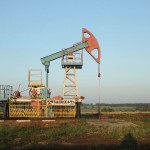 By defying the White House, the oil majors salvaged what would have otherwise been an embarrassing event for the Kremlin. The absence of the world's largest companies would have demonstrated Russia's increasing isolation. Instead, Russia used the event to detail plans to expand its massive energy sector. "(They're) eager to continue work on projects in Russia," Russia's Energy Minister Alexander Novak said of ExxonMobil and Royal Dutch Shell.

BP CEO Bob Dudley emphasized his company's determination to stick with Russia. "We are very pleased to be a part of Russian energy complex," he said at the forum. "President (Putin) has urged us today to invest into shale oil… There's so many natural resources in Russia, the openness and partnerships Russia has with companies from all over the world is a good thing for energy," Dudley added.

To be clear, the oil companies are not legally running afoul of international sanctions. But their collective shrug in the face of European and American pressure to boycott Russia – along with the $400 billion natural gas deal Russia signed with China last week – illustrates the difficulty with which the West will have at undermining Russia's energy sector, if it chose to do so. Russia is too big of a prize for the likes of ExxonMobil, BP, and Shell.

Or viewed another way, the moves to deepen business in Russia suggest that the world's biggest oil companies are confident that the U.S. and Europe won't be so bold as to truly attack Russia's energy machine.

By Nicholas Cunningham of Oilprice.com

The deVere Group supports American expats in the FATCA era