Instagram was founded two years ago by Kevin Systrom and Mike Kreiger and is at present a profitless set-up with some ten employees. It does though have about 30 million users of its free service.

Mark Zuckerberg, Facebook’s founder, does not see the future for Instagram as some sort of Facebook add-on. He said that as far as Instagram’s users were concerned it would be business as usual.

He went on to say that this was an ‘important milestone’ in Facebook’s history and stressed to importance of photo-sharing to users making it “…worth bringing these two companies together”.

Kevin Systrom said on the Instagram blog that “It’s important to be clear that Instagram is not going away. We’ll be working with Facebook to evolve Instagram and build the network. We’ll continue to add new features to the product and find new ways to create a better mobile photos experience. 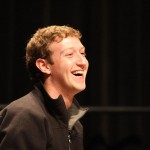 But many people are not so pleased. The Guardian reports that many Instagram users went straight to Twitter to vent their spleens about it.

And as many are discussing the move and asking how a so far profitless company could possibly be worth a billion dollars.