This it seems is one IPO that will be long remembered, but not for the fact that Facebook was involved but because of the way it was handled.

Long after Facebook has become another statistic along the dotcom timeline as new offerings overtake them, this IPO will be used to show how unequal the position has become between big institutional investors and the small retail guy.

With stories that, after bigging up the stock for so long, the larger investors were informed just before the IPO by Morgan Stanley that the revenue model wasn’t as sound as previously thought the regulators are now taking an interest.

There is also the small matter of the delay to the start of proceedings because of technical problems at Nasdaq, which has attracted a lawsuit.

The whole Farcebook saga has added grist to the mill of debate on “is Wall Street Fair” [1]. As Charles Geisst, a finance professor with the Manhattan College, says in the Foxbusiness piece “At the end of the day, retail just doesn’t get its hands on good stuff”. And with the stock having tanked by some 18% from its IPO price of $38 down to $31 in just a couple of days with questions about who got out, when and why you can understand the concerns.

This could also sour future IPOs as people start to shy away on the basis that they will not be getting the real story until they see which way the needle swings on the markets. And by then it’s too late to go back.

And Paul B Merrill goes further in Marketwatch, by telling us how Facebook could destroy the US economy. As he points out, unless Facebook does exceptionally well (41% increase year on year for five years) with no slip-ups, the stock will crater with huge implications. 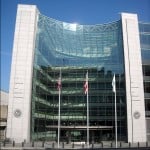 I’m glad I stuck my head in the sand over this one. I’d read enough to see that the omens were not good but the markets are all about sentiment so there was always a (miniscule) chance. But one assumes that sentiment by somebody is what got the company to be valued at 33 times its advertising revenue to get this whole show on the road. After all, how could it have been a cold rational assessment?

But right now there are a lot of investors who are licking their wounds having taken a significant hit over this, while others are drinking champagne and eating caviar. Buyer beware and welcome to the stock market!
[1] www.foxbusiness.com/investing/2012/05/22/facebook-ipo-adds-fuel-to-fairness-debate/

Image by AgnosticPreachersKid (Own work) [CC-BY-SA-3.0 (www.creativecommons.org/licenses/by-sa/3.0)], via Wikimedia Commons

How Does The Minimum Wage Impact You