Facebook has published a Global Government Requests Report showing which countries have made information requests, how many users/accounts this affected and what percentage of these requests were legal and therefore complied with.

The country that came out on top as the one that made the most requests for information from Facebook was the land of the free and home of the brave – the USA with 11,000-12,000 requests. Coming a poor second was that other shining beacon of freedom – the United Kingdom with 1,975 requests.

Of these the number of requests that Facebook felt were legal and therefore complied with was 79%, with the UK it was 68%. The countries with a 100% legally complaint request level were: Hong Kong (from the one request it made) and Iceland (from one request).

There were some 23 countries that made requests that Facebook felt that it was legally not obliged to surrender information for.

But worry ye not! Before these figures upset you, according to Wikipedia there were about 1.15 billion active Facebook users as of March 2013. And the total number of accounts for which requests for information were made by governments over the six month period was 38,454. That is 0.000033% of users. Does this sound like a huge number that we should be concerned about?

The UK only made 1,975 requests for information from Facebook relating to 2,337 accounts/users and 32% of these were rejected.

Put that in the context of 3,500 people a week being taken to court for non-payment of the TV licence fee alone and you can make your own mind up as to the proportionality of government requests for information from such a large social media site. 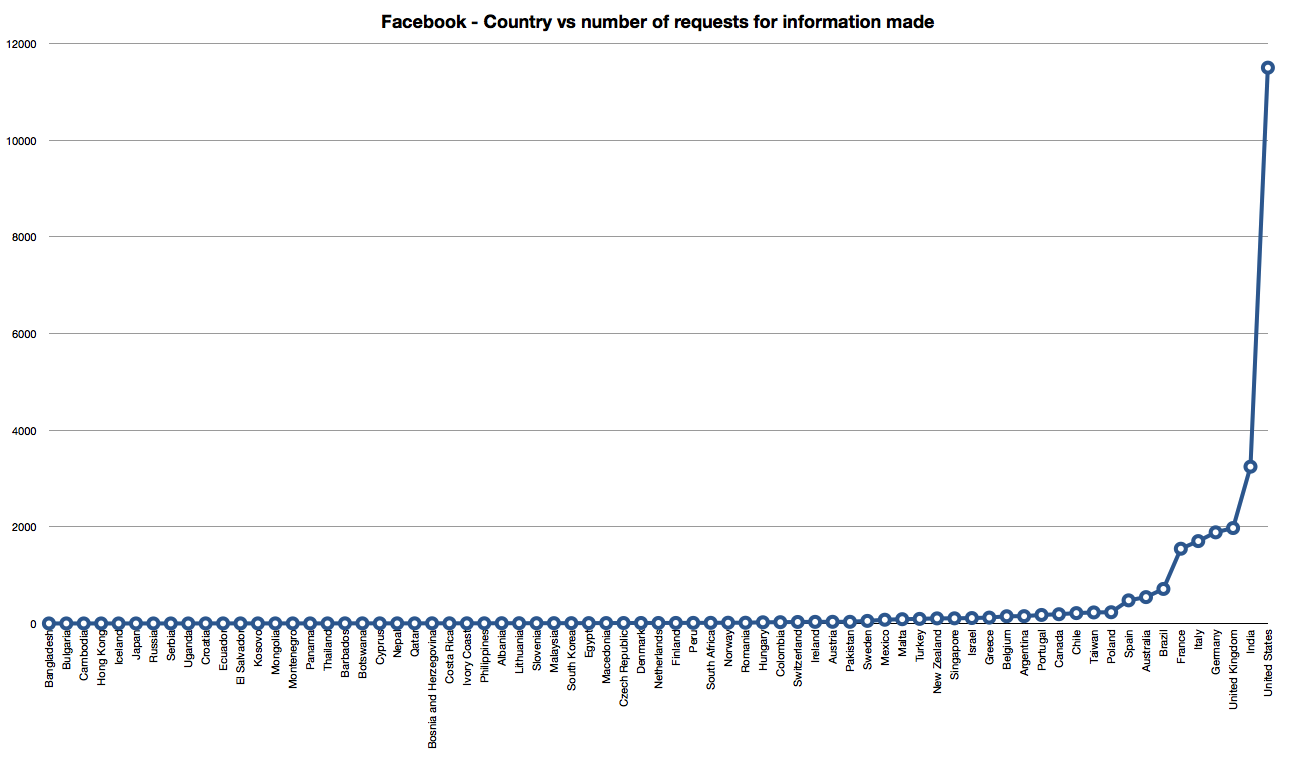 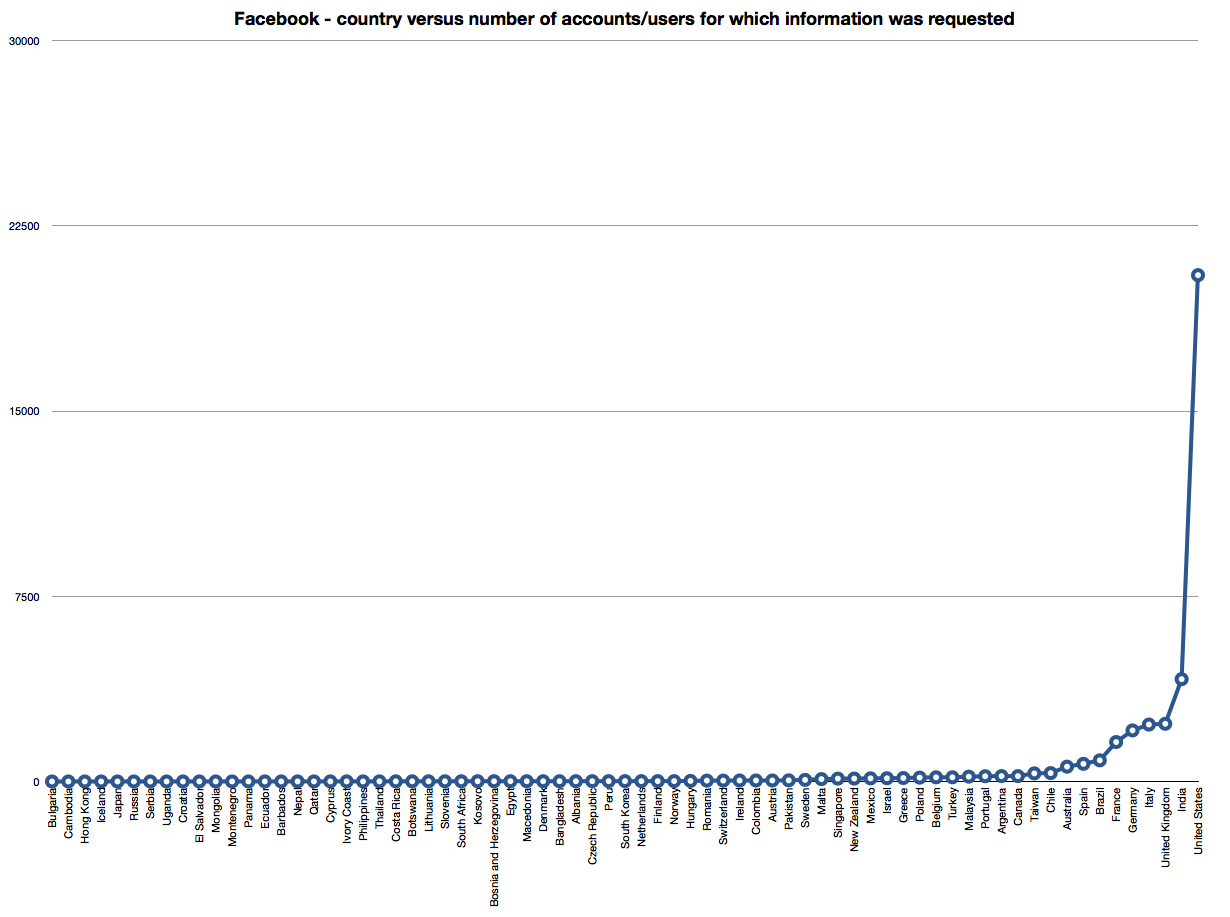 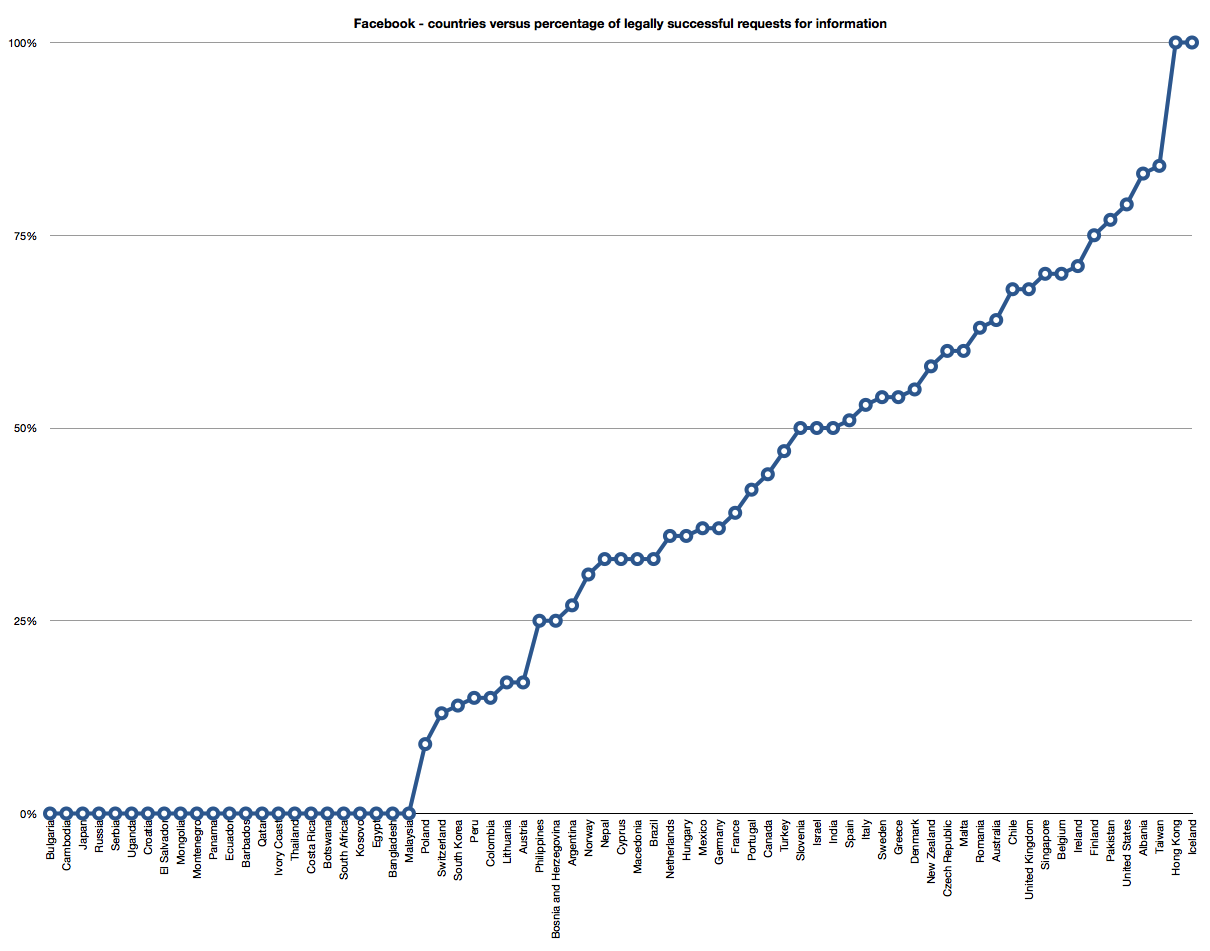