UK finance professionals are increasingly convinced of the country’s economic recovery, according to the Global Economic Conditions Survey (GECS).

In Q4 2013, more than two thirds (69%) of UK respondents to the survey were optimistic about the recovery, up from 62% in Q3. Just under a third (30%) of respondents remained pessimistic, down from 36% in the previous quarter.

Confidence in the prospects of their own organisations among UK respondents fell slightly in the last quarter of 2013, with 25% of respondents reporting a loss of confidence, up from 20% in Q3. Despite this business opportunities were stronger in Q4 2013 than at any point in the last two years, with cashflow and demand conditions improving strongly for a second consecutive quarter. Access to growth capital remained very strong, building mostly on improvements earlier in the second half of 2013, when the growing supply of finance finally started to gain traction.

However, opportunities for non-organic growth have been rising exponentially over the last year, meaning that a lot of the available funding may be redirected towards uses such as corporate acquisitions, as opposed to more traditional investment. As a result UK respondents reported a small net loss of business capacity in the last quarter of 2013, after an extremely strong six months to Q3 2013.

"These results suggest that the UK is now on track for slower but healthier levels of growth. While the headline-grabbing recovery still relies on unhealthy factors, such as a renewed mortgage bubble, our findings tell us that business confidence is becoming less responsive to these and more closely aligned to business opportunities and demand."

This pattern was reflected at the global level where respondents had more faith in the strength of the recovery in Q4 2013 than at any time over the last five years, with 55% believing that conditions were improving or about to do so, up from 53% in the third quarter of 2013. However, when it came to the prospects of their own organisations, finance professionals’ confidence fell marginally with 35% reporting a loss of business confidence, up from 32% in Q3. The modest loss of confidence contrasts sharply with improving fundamentals on the ground. The results for Q4 2013 still represent the strongest year-on-year confidence gains since mid 2010.

Emmanouil Schizas, continued, “At the global level, the last quarter of 2013 may not have seen a surge in business confidence, but the quality of confidence was improved somewhat, by becoming more closely aligned to actual business opportunities and less reliant on a consistent supply of growth capital.” 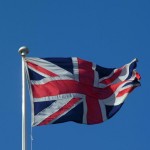 The strongest confidence gains in Q4 2013 came from Ireland, where business confidence soared following the end of the country’s bailout and fiscal adjustment programme, as well as a strong return to the capital markets.

From a sector perspective, the last quarter of 2013 saw renewed confidence among smaller organisations. Respondents in SMEs and small practices reported the greatest confidence gains, followed by their colleagues in mid-tier accountancy firms. Confidence fell among large corporates and financials, and even more so among respondents in the non-profit and public sectors. The SME sector’s confidence gains were driven by a relatively small and dynamic group of mid-market firms, which are larger and more internationalised than other SMEs, accounting for most of the confidence gains in late 2013.

Emmanouil Schizas, said, “This small group appears to have driven much of the SME sector’s recovery over the last three years. It is possible that such businesses have a distinct advantage in the current environment due to their flexibility and international reach.”

The fifth anniversary edition of GECS was carried out by the ACCA (Association of Chartered Certified Accountants) in partnership with the Institute of Management Accountants (IMA) and marks the 20th survey in the series. The quarterly survey’s main indices are good predictors of GDP growth in the OECD countries and daily trend deviations correlate well with the VIX or ‘fear’ index, which measures expected stock price volatility.