In an entirely predictable result the people of the Falkland Islands have voted by an overwhelming majority to remain a British overseas territory.

There was a turnout of 92% of the 1,650 strong electorate and only three voted ‘no’ to the question “Do you wish the Falkland Islands to retain their current political status as an overseas territory of the United Kingdom?” A total of 1513 voted ‘yes’, a majority of 99.7% of those who voted.

This sends out a crystal clear message to the world that the people of the Falkland Islands want nothing to do with discussions over sovereignty with Argentina.

The islanders themselves said that they were absolutely delighted with the result and the display of unity that it showed as they partied into the night.

The Prime Minister, David Cameron, said that Argentina should take ‘careful note’ of this result and that the UK was always ready to defend the islands. 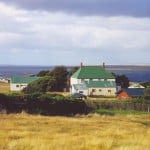 The Argentine government has become more vociferous over the non-issue of the Falkland Islands as its own economic position deteriorates, no doubt to try and avert the attention of its own people from the dire position they are in. They have also attempted to place pressure on the islanders by interfering in air and maritime traffic to and from the Islands all to no avail.

The Argentine Senate will now vote this week on a motion that rejects this referendum as well as claiming the Islands as Argentine territory. The result of this particular vote is also a given landslide, but as it does not involve the people of the Falkland Islands is a fatally flawed exercise in futility.

Sadly true democracy appears to mean nothing to the Kirchner’s Argentine government, they just want to take and rule the Falklands.

CHART OF THE WEEK: European Unemployment