One of the things that astounds me about financial markets is the ability of seemingly sensible people to get over-excited about relatively small changes in economic conditions. Equity prices jump or fall massively on short-term announcements, and the herd mentality of investors is well known. Worryingly, commentators and the media seem to have adopted similarly sensitive reaction functions.

Just two weeks ago, an editorial in one newspaper was bemoaning UK inflation and the need to jack up interest rates immediately. After today's drop in CPI inflation to just 2.2% in October – broadly in line with the 2% target – that is exposed as nonsense. But with inflationary pressures elsewhere even more subdued – euro area inflation dropped to just 0.7% in October, a four-year low – I am now depressingly being asked questions about deflation again. And because lots of questions arise from what someone has read the day before, or even that morning, I am normally encouraged by clients and colleagues alike to read media drivel that takes the opposite position to what was expressed just weeks before.

I find this sort of flip-flopping mildly depressing. Not only does it expose a seam of economic illiteracy among the media corps – no economist worth their salt would ever get that excited about one month's inflation data – but, because so many of us rely on the media for news more generally, it can have a disturbing impact on our views and opinions. If they get economics that badly wrong, how do I know they are getting medical or political coverage right? And if I can't trust the quality of the reporting, how should I sensibly form views and opinions?

For the record, the drop in UK inflation is not unexpected – tuition fees went up lots last year, but less this time, and fuel prices have fallen recently – and may not completely stick in the short term, given the announced energy price increases in recent weeks. But the data are consistent with what I have said before: underlying inflationary pressures in the UK remain very subdued. Despite the dire warnings from the Austrians and monetary lunatics (as opposed to sensible monetarists), quantitative easing has not generated runaway inflation or a massive investment bubble. There has been a long sequence of relative price shocks, but as these fade inflation will continue to bobble down more than up over the medium term.

Despite the better news on prices, though, the corollary of weak inflationary pressure is that wages are still stagnant in many industries. This means that workers are still very much under the cosh. Rather than getting excited about relatively small swings in the CPI data, time would be better spent thinking seriously about how to get living standards rising again. Unfortunately, that is the sort of issue that knee-jerk media reaction is ill equipped to deal with. 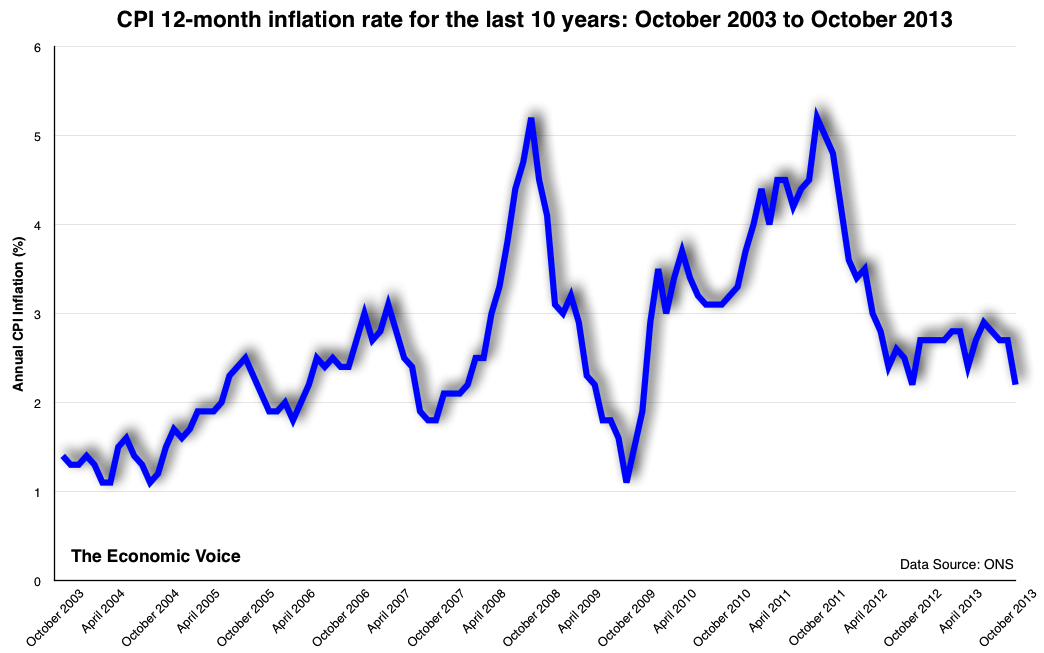 Has the investment outlook shifted amid global market turbulence?

Another of Britain's workshy hits the headlines