UKIP's 2015 General Election Manifesto pledged to bring forward a full and open review of childcare and child protection services in Britain, with a view to initiating wholesale reform of a system that's clearly failing. In particular, UKIP singled out the need to investigate rising levels of 'forced' adoptions and the outrageous injustices that it entails. It's this pledge that UKIP says it is fulfilling with the launch of 'Opening Up the Family Courts'.

The paper, the first to be published by the UKIP Parliamentary Resource Unit (UKIP PRU), was launched at a cross party event in the House of Commons. Speaking at the launch were UKIP MP Douglas Carswell, the former Liberal Democrat MP John Hemmings who has been a powerful advocate for greater transparency in the family courts as Chairman of Justice for Families and Suzanne Evans, UKIP Deputy Chairman. Amongst others, Sharon Hodgson, the Labour Shadow Children's Minister for adoption and fostering attended the event as did the Conservative MP Lucy Allan. 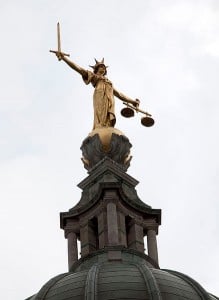 "There is a scandal at the moment. Secrecy within the UK's system of family courts is allowing social workers to ride roughshod over ordinary people and resulting in the unnecessary breakup of families and forced adoptions.

"We feel very strongly that the secrecy in the family courts is leading to some outrageous injustices. It's the big cartel courts and the legal profession and the social workers riding roughshod against ordinary people. We think common sense is needed to address this that means greater sensitivity and more openness in the family courts which this timely paper advocates."

To combat failures in the adoption process the paper proposes several measures, and you can read the detail in the paper attached – Opening up the Family Courts.

In brief the proposals include:

• Remove the current blanket ban on media reporting of placement and adoption proceedings, and allow the media to report on these cases and to access expert reports on the same basis as other family law proceedings;

• Require reporting of court proceedings on an anonymised basis for family members, and mandate publication for all case summaries, skeleton arguments, judgements and other documents as a matter of course;

• Require expert witnesses to list previous court cases in which they've given evidence;

• And promote more extensive use of Special Guardianship Orders so that a child can be made a ward of an extended family member, such as a grandparent, and thereby retain a relationship with their birth family. These orders are used relatively infrequently at present, and we believe there's scope for them to be used more widely.