A Citizens' Jury convened by Britain Thinks for PwC has set out recommendations for reforming the UK tax system.

The outcomes were presented to Government yesterday.

The Jury of 22 representative members of the British public spent two days debating the purpose of tax, who should pay it and how it should be levied, considering facts and viewpoints from experts with different political and ideological perspectives.

What the general public had to say – the jury's conclusions include:

• If given the choice, increase personal allowance over reducing basic rate of income tax

• Widen scope of so called 'sin taxes' to include unhealthy foods

An overriding message from the jury was the need and appetite for clearer and more transparent communications on tax.

Misconceptions over the purpose of National Insurance were felt to demonstrate opacity and arguably obfuscation in the way tax is communicated to the UK public.   The jury pointed to information provided by local authorities outlining council tax expenditure as examples of best practice.

“This Citizens' Jury puts to bed the notion that tax is too complicated for the public to understand or that there is no desire to do so.  People want to be clear how tax is raised and spent and are more likely to support a system they understand.

“We'll be looking at the practicalities of the jury's recommendations, but what's loud and clear is the focus on simplicity and transparency.” 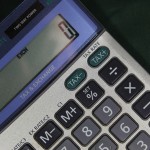 Over the course of the two days, the jury developed its own guiding principles* for the tax system. Proposals for change were tested against each of the principles and, only if they aligned, were they considered a feasible amendment to the system.  Some ideas, such as flat taxes, which the jury proposed spontaneously at the outset, scored well for simplicity but were then rejected due the regressive impact, so going against another of the jury's guiding principles – that taxes be proportionate to citizens' ability to pay.

However, perhaps surprisingly, there was general opposition to wealth taxes such as inheritance tax and mansion tax, even though the jurors appreciated that they (and most of the UK public) were unlikely to be liable for these themselves.  In part, this was driven by concerns over how wealth could be defined, but there was also indication of principled opposition. Wealth taxes were seen more starkly as a double tax than consumption taxes.

“The outcomes of our Citizens' Jury show how important it is not to second guess what the general public want on tax.    It also suggests that if people buy-in to the purposes and principles of the tax system, they are more likely to accept the trade-offs that come with any tax changes.”

While the jurors developed a deep appreciation of the difficulties of tax reform when every decision has clear winners and losers, they felt the challenge is compounded by the focus on short term electoral risk and reward.  This leads to constant tweaking of the system rather than reforms based on enduring principles.  The jury proposed an independent advisory body, not to get the final say but to provide balance on the long term direction and principles of the tax system.

“Any move to encourage a longer term approach to the tax system is worth exploring further. The most successful tax reforms have been mapped out a long time in advance. A clear direction of travel gives certainty, which the Citizens' Jury said should be one of the underlying principles of the tax system.”

Jurors set of principles by which to judge the tax system

The system should be:

• Transparent in how revenue is raised and spent

• Simple to understand and navigate

• Proportionate to citizens' ability to pay

• Fair, with every person and organisation paying their correct sum

• Certain, so everyone should know what they'll owe, in a system that rarely changes

• Supportive, with consistent advice and help for citizens; and

• The system should not punish people who do the right thing, it should not discourage work, saving or planning for your family's future

• Council tax valuations should be brought up to date

• Specific taxes should be ringfenced for particular purposes

What the Europeans should commission

Why day dreaming is an essential skill for business owners