Responding today to an article from Lord Lawson announcing that he will be campaigning for Britain to leave the EU, UKIP Leader Nigel Farage said that whilst he welcomed the news, the campaign must focus outside of Westminster on issues the public care about.

Nigel Farage said: "Whilst I welcome Lord Lawson in his new role as head of Conservatives for Britain which will apparently be be campaigning for Britain to leave the EU, there are a few issues we must make clear.

"Whilst winning support from Westminster figures is important, this referendum cannot be won in Westminster but out across the country. That is why I have been so impressed by the Leave.EU campaign which is signing up thousands of supporters every week and why I and other UKIP MEPs have been going across the country holding public meetings on the Say No to EU national tour, speaking to thousands of voters. 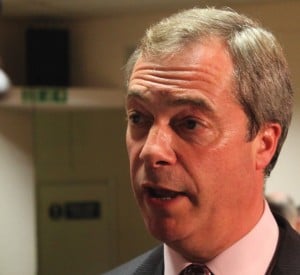 "Lord Lawson calls for all to support his campaign but the fact that it is called Conservatives for Britain and that he is so intimately associated with the Thatcher years is bound to limit appeal to Conservative voters. The Leave campaign must reach across the spectrum to everyone.

"He also appears to take a swipe at those of who who believe immigration is going to be the defining issue of this referendum campaign. Whilst arguments on the economy, trade and cost are of course important, it is clear that EU open borders are of more of a concern to the British people than ever before and must be a major part of the argument as to why we must leave the European Union.

"As I have always said, UKIP will work with anyone who wants to help get the UK out of the EU. My party cannot win this referendum on our own. But it cannot be won without us either."

A calm start, but are we in for another rough week?