UKIP Leader Nigel Farage will challenge Welsh First Minister Carywn Jones over his record in protecting Welsh steel, ahead of a major EU debate in Cardiff, as 16,000 jobs are at risk at the UK’s largest steelworks in Port Talbot.

He will call on the First Minister to defy EU regulations that have seen energy prices soar, making production unsustainable, and also prevent mechanisms that could help to save heavy industry, such as using the vast Welsh coal reserves for cheaper energy supply, and blocking the UK government from providing any financial assistance.

"Carwyn Jones has a duty to his electorate to ‘defy’ the EU if he wants to save the steelworks in Port Talbot, and the livelihoods of thousands of men and women in Wales who depend upon it.

"There are 4,500 jobs at risk as the plant is reportedly haemorrhaging £1m per week, with 12,000 jobs in the supply chain dependent on using the steel produced on site. 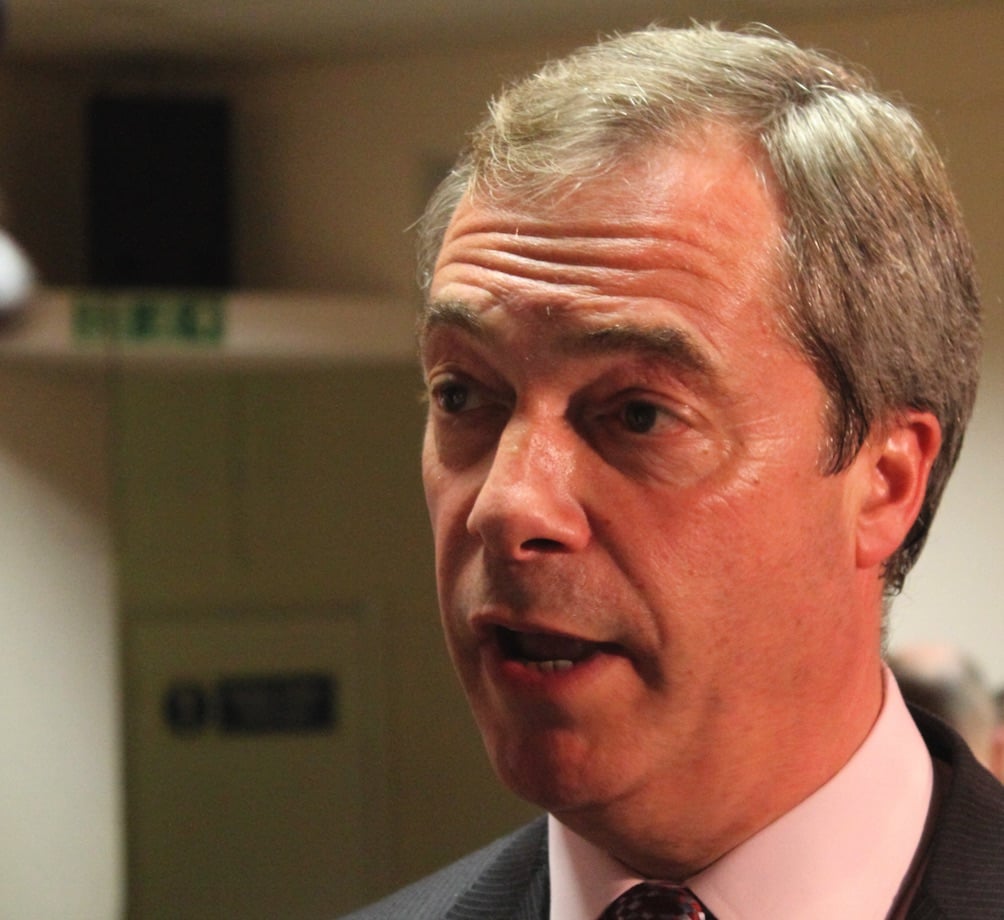 "Thousands of workers in Wales have been plunged into unemployment in the region in the last three months, while the First Minister continues to bang the drum for the European Union as it undermines Wales’ historic predominance in heavy manufacturing, particularly steel. Almost a tenth of Welsh exports comes from steel, an estimated £1.3bn per year, as well as the critical dependence of many related industries.

“Since 2007, therefore largely under the watch of Carwyn Jones, sites in Llanwern, Newport, Trostre, Shotton, Ammanford, Pontardulais, Tafarnaubach and Caerphilly have all shut down with the Port Talbot Steelworks the only remaining major integrated steelmaking plant.

"What have been crippling the steelworks for years are increasing carbon taxes and energy costs, meaning they cannot compete on a level playing field with other plants around the world. The EU’s green agenda is largely responsible for this as well as the UK’s own Climate Change Act, authored by Ed Miliband, and backed by the entire Labour Party.

"Meanwhile the EU has failed to be aggressive in tackling the dumping of cheap steel from China.

“If Tata were permitted to access ​100 million tones of coking coal in its backyard, it could drastically reduce the costs of operations, but is blocked by the EU’s Large Combustion Plant Directive.

“But perhaps even more sickening is that in the eleventh hour, as hardworking men and women go to bed every night unsure of what the next month will bring, the EU is preventing the UK government from doing anything to help due to stringent state aid rules, which expressly forbid the UK from giving a loan or even underwriting a financial package that could keep the plant afloat while a solution is found.

“If the First Minister can look into my eyes on stage during our debate and tell me that the EU has nothing to do with this, and is a force for good in Wales, the man is either a liar, or dangerously incompetent."

Bedroom Tax Has Pushed One In Three Council Tenants Into Arrears

Mortgage complaints to FOS rise by 38%