Two investment advisers have been fined a total of £885,000 and banned from financial services by the Financial Conduct Authority (FCA).

Mark Bentley-Leek and Mustafa Dervish, who were both directors of the Surrey based Bentley-Leek Financial Management, were found by the FCA to have lacked integrity and to have misled clients as investments they recommended were affected by the economic downturn.

The financial permission of the firm were also cancelled and it is now in liquidation.

The FCA said that between 5 March 2004 and 23 November 2010 Bentley-Leek and Dervish advised over 300 customers to invest over £35m in a series of property developments in the UK and abroad. Despite the riskiness of the investments they were selling, the pair told some of their clients that their money and a 6%-18% return on the investment was guaranteed. Some investors were told that returns of up to 50% could be expected.

The two advisers also failed to bring to the attention of the investors that there was a conflict of interest in that some of the property development companies were owned and directed by them.

By June 2009 says the FCA both men were aware that the property investment companies were in difficulty, with the market falling and bank lending seizing up. Despite that they continued to advise clients to invest. Within 17 months, however, Bentley Leek Financial Management was in administration and had entered insolvency by November 2011. 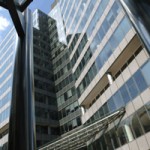 Most of those that invested will see serious losses says the FCA and those affected should contact the Financial Services Compensation Scheme on 0800 678 1100 to find out if they qualify for compensation.

Bentley-Leek and Dervish have been fined £525,000 and £360,000 respectively, which are substantial fines for individuals and reflect the seriousness of the breaches and the need to deter others. As they settled at an early stage they qualified for the 30% fine reduction, otherwise the fines would have been £750,000 and £450,000 respectively.

"Many consumers committed their life savings or their pensions to these property investments as they trusted Mr Bentley-Leek and Mr Dervish’s advice. The least consumers should expect from those they turn to for investment advice is honesty and integrity. Bentley-Leek and Dervish fell far short of our expectations, they failed their customers and further tarnished the name of the financial services industry.

"We are determined to stamp out such behaviour and these sanctions should send a clear message to others who might be tempted to put their own interests ahead of those of their clients."

Why increased profits come faster when you slow down