The Financial Conduct Authority (FCA) has now considered the reports published this week by Sir Andrew Large into lending practices at the Royal Bank of Scotland (RBS) and, separately, by Dr Lawrence Tomlinson into banks' treatment of customers in financial difficulty. The FCA has been kept informed by RBS during this period.

Commercial lending is not a regulated activity under the Financial Services and Markets Act (FSMA) 2000 (Regulated Activities) Order 2001. Nevertheless, the allegations in these reports gave the FCA concerns as to whether RBS has treated customers appropriately, in particular those in financial difficulties. If substantiated, such allegations may also indicate wider concerns in relation to governance and culture within RBS. The FCA expects firms to act with integrity across all of their activities.

Accordingly, the FCA is taking the following actions:

• It has agreed with RBS that an independent skilled person will be appointed in accordance with the FCA's power under section 166 of FSMA to review the allegations in the reports against RBS' practices. The skilled person must have the necessary skills to carry out the review effectively and will report to the FCA within an agreed timescale. 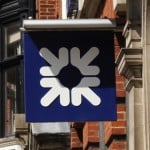 • If the findings from the review reveal issues which come within the FCA's remit, the FCA will consider further regulatory measures.

• Separately, it is writing to all other relevant banks seeking confirmation that they are satisfied they do not engage in any of the poor practices alleged in the reports.

Clive Adamson, Director of Supervision at the FCA, said:

"These allegations, if proved, raise serious concerns about how banks' treat their customers. An SME's relationship with its bank is essential for any business to have a chance to succeed, and claims like the ones made threaten to undermine that. We expect all firms to act with integrity and put customers at the heart of their business."

The government should sell more RBS shares sooner rather than later