The Financial Conduct Authority (FCA) has strengthened its listing rules to protect minority shareholders. The new rules will give shareholders in premium listed companies additional voting rights and greater influence over key decisions.

"Active engagement by all shareholders is essential to make markets work well. By safeguarding minority interests from abuse by controlling shareholders, these changes will promote market integrity and empower minority shareholders to hold the companies they invest in to account."

These proposals follow a consultation by the FCA's predecessor, the Financial Services Authority, in October 2012. The consultation responded to concerns from the investment community over the governance of premium listed companies with a controlling shareholder and the rights of minority shareholders.

The FCA has balanced these concerns with the feedback it received across the market to develop focused measures that strengthen the voice of minority shareholders, without turning minority protection into minority control. 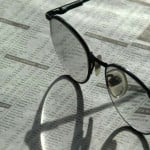 The FCA's enhancements to the premium listed regime include:

– Requiring greater transparency for listed companies to ensure shareholders have the information they need to exercise their voting rights.

The same feedback also prompted the FCA to consult on additional enhancements to the listing rules. It intends to implement the full package of measures in mid-2014.

How to Protect Your Portfolio as Government Debt Cripples America