• Remortgaging continues to maintain its market share of more than a quarter of the total market (26%).

• An estimated £355m in total equity was withdrawn by remortgaging in February in order to spend or pay off other debts.

LMS figures reveal that monthly gross remortgage lending saw a monthly fall of 5%, down to £3.99bn from January's £4.2bn reported by the Council for Mortgage Lenders (CML) last week. Total gross mortgage lending also saw a decrease to £15.2bn (-5.7%) down from £16.1bn in January.

However, this is an increase of £1.3bn or 48% from February last year. Gross mortgage lending also increased, up 43% last year. The remortgage market share has remained fairly consistent, representing just over one quarter of the total market (26%) down 2% from last month.

LMS estimates that the total number of remortgage loans fell in February by 8.4% to 25,639, down from 28,000 in January. However, this figure is up by over a quarter (26%) from this time last year, when there were only 20,300 remortgage loans recorded.

The average remortgage loan amount has seen an increase of 2.6% over the past month and now stands at £155,616. This figure is, however, 8.6% higher than February 2013 and is the highest since CML monthly records began in 2002. Rising incomes over the past year and low interest rates currently on offer means this has not affected individuals' affordability (see Graph 5). 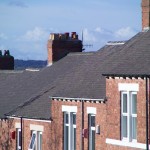 "Despite a small decrease in remortgage lending from January to February, the past year has seen huge growth in the sector with remortgage lending up by almost half (48%) since this time last year showing impressive progress alongside improvements in the economy.

"Total gross mortgage lending also fell in February signalling a slight slow-down in the post new-years buzz but we fully expect this year to result in overall continued growth.

"The fact an average remortgage loan is higher than ever before comes at a great time for customers since rising incomes and lower interest rates has not damaged their affordability levels.

"Customers are poised to take advantage of these competitive rates that are currently available, as demonstrated by our latest customer survey, with more than 1 in 10 of people remortgaging (11%) able to reduce their monthly payments by £200 or more."