After the disappointment of last week’s third quarter UK GDP, which slipped further than forecast on the quarter and unexpectedly on the year, the Pound remained on a bearish trend going into the weekend. Traders were concerned as the economic growth of the nation weakened, with bets being quickly dialled back on the prospects of a nearer-term interest rate rise from the Bank of England (BoE). However, a bullish run was in store for Sterling on Monday as the UK Manufacturing PMI defied expectations of a slight slump to instead jump to 55.5. While there were cautions that output was unlikely to sustain this level of improvement investors were nevertheless inclined to buy back into the Pound. Nevertheless, sentiment is likely to take on a more subdued tone later in the week ahead of the latest BoE Rate Decision and meeting minutes.

The Eurozone’s October Consumer Price Index revealed that inflation held steady on the year, a strong reassurance after the previous month’s negative reading, allowing the Euro to rally strongly. Although European Central Bank (ECB) President Mario Draghi continued to iterate the possibility of further monetary loosening to come in December, the single currency regained further ground at the start of the week, bolstered by some improved domestic Manufacturing PMIs. However, as Volkswagen have since been accused of rigging further vehicles in the ongoing emissions scandal, the Euro has returned to dovish form. Over the coming days local retail data and German Factor Orders could provoke further volatility for the currency.

While the Federal Open Market Committee (FOMC) left interest rates unchanged on Wednesday there was a marked surge on the US Dollar as policymakers proved rather more hawkish than expected. The odds of an imminent December rate move remained under debate, though, as both the third quarter GDP and Personal Consumption Expenditure figure demonstrated greater weakness than had been expected. With yesterday’s ISM Manufacturing reading also showing a decline speculation has remained rife. Traders will be hoping that the chances of imminent monetary tightening are clarified by Friday’s Change in Non-Farm Payrolls data.

Confidence in the Australian Dollar got a much-needed boost overnight as the Reserve Bank of Australia (RBA) chose to hold interest rates at their current low of 2.00%, with Governor Glenn Stevens having stated that he believe the domestic economy to have ‘firmed’. While this was followed up by a caution that further interest rate cuts may still be necessary in the future the ‘Aussie’ was still buoyed across the board. Tomorrow’s domestic Trade Balance may also strengthen faith in the antipodean currency if it shows the forecast narrowing of the nation’s trade deficit. 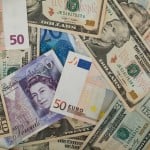 In spite of recent bouts of market risk demand, fuelled by a better-than-expected Caixin Chinese Manufacturing PMI, the ‘Kiwi’ has struggled this week. The upcoming New Zealand Unemployment Rate is expected to show an increase in the number of individuals out of work and tonight’s GlobalDairyTrade auction is anticipated to see commodity prices weaken further, offering little incentive for investors to buy into the softening South Pacific currency.

Despite US crude stockpiles having grown at a slower pace than forecast last week the Canadian Dollar has remained weighed down by sliding oil prices. Monday saw a particularly sharp slump for the commodity as Russia reported a multi-decade high in monthly production, signalling that the global supply glut is unlikely to ease over the coming months. As the Canadian Manufacturing PMI showed slowness on the month, with the sector contracting to 48, the ‘Loonie’ will be hoping for a stronger showing on Friday’s Net Change in Employment figure in order to regain ground.