Fed prepares to normalise, but sooner than expected

“Janet Yellen took charge of her first Federal Open Market Committee (FOMC) meeting as Chair of the Federal Reserve, but while actions taken have been as expected, the change in communication appears to have confused the market.

“The Fed held interest rates on hold, and continued to taper its Quantitative Easing (QE) programme at the same rate (shaving $5 billion from Treasury and $5 billion from Mortgage Backed Securities purchases). However, as the US unemployment rate quickly approaches the Fed’s 6.5% unemployment target, the FOMC has taken a leaf out of the Bank of England’s book by scrapping this form of forward guidance, and instead will look at a broad range of indicators and provide softer “qualitative” assessment on the economy. The FOMC is now saying that it “likely will be appropriate to maintain the current target range for the Federal funds rate for a considerable time after (QE) ends, especially if projected inflation continues to run below the Committee’s 2 per cent longer-run goal, and provided that longer-term inflation expectations remain well anchored.

“In addition, the FOMC statement revealed that the committee “… currently anticipates that, even after employment and inflation are near mandate-consistent levels, economic conditions may, for some time, warrant keeping the target federal funds rate below levels the Committee views as normal in the longer run. 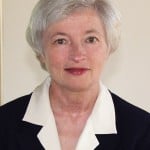 “The confusion has arisen from the FOMC members’ projected path for the Fed’s funds rate. The median member’s forecast for rates at the end of 2015 is at 1%, which is more aggressive than investors had anticipated. The immediate market reaction has been negative for equities and Treasuries (higher yields). However, Janet Yellen’s live news conference that followed the statement has helped to allay fears with a fairly dovish assessment. Yellen acknowledged the improvements in the economy, but was clear in communicating her intention to keeping monetary policy accommodative while inflation is below the Fed’s long-term objective, and while unemployment remains high. Indeed, Yellen suggested that interest rates were likely to remain at their current 0-0.25% range until there was clear evidence that the US is close to achieving full employment, and inflation was significantly higher than it is today. Of course, the labour market is a lagging indicator of economic growth and the danger of waiting until full employment is achieved raises the risk of higher inflation, and the Fed falling behind the curve.”

Rising fuel prices turns the screws on the economy