Earlier this year, a ruling at the European Courts of Justice now means that insurers are no longer allowed to discriminate between men and women when setting insurance premiums, so men cannot be charged more for their policies even though they are more likely to have a serious crash. It also means that from 21 December of this year, women drivers – despite being generally safer behind the wheel – will no longer be able to access cheaper car insurance because of their gender, and could have to pay an extra Â£362 a year for their car insurance (around Â£30 a month).

Averages
The bigger picture is not as bad as it seems. After several years of increases in prices, the averages have started to fall. However, behind these averages there are some new trends that will be quite alarming for female drivers. The latest Towers Watson Car Insurance Price Index shows that insurance prices for women drivers have fallen 3% and that those for men have fallen by 1.8% over a year. So, at the end of March 2012, this brings the cost of an average policy for a man to Â£869 and for a woman to Â£751. Although this is a drop for both men and women, the prices are still 61% higher than they were at the end of 2006.

Watch out
Since the new legislation comes into effect at the end of this year, insurers now have now until 21 December before they are no longer allowed to discriminate between men and women, which in turn means that it won’t be long until insurers find a new way to distinguish between low and high risk drivers. Looking at recent statistics, it seems that some women in key parts of the country are experiencing some alarming increases in their premiums. These areas include: Inner London, Leeds, Sheffield, Merseyside, Manchester, as well as the West Midlands.

In the Leeds/Sheffield area, the cost of a comprehensive policy for women aged 21-25 increased by 3.4%. This compares with a 2% rise for men of the same age and postcode. Women aged 21-25 living in Inner London also saw premiums rise 3.9% and in the Manchester/ Merseyside region, it was 4.7%. Interestingly, and also in the Manchester/ Merseyside area, those women aged 66-70 were hit with a huge 9.7% rise in their insurance premium, compared with a 5.7% rise for men.

More precise
These figures show that insurers such as Swiftcover Car Insurance are looking at the risks in each postcode, and that being female and living in a high risk area can no longer guarantee protection from high premiums. In these areas, men are still paying more because they still make more claims, but clearly new trends are being established.

Good news
Figures show that being a woman still helps, with the average cost of fully comprehensive car insurance for a female aged 17-20 being Â£1,869 compared with males of the same age who pay Â£3,635. 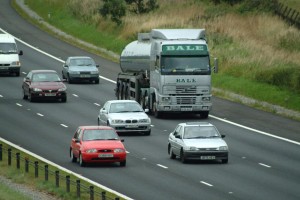 Life insurance has not been cheaper for years