More insurers might focus on the bulk annuity market if they expect to write fewer individual annuities under the new pensions regime announced in the recent budget, says Towers Watson. The firm’s latest research into the bulk annuity market shows 2013 was dominated by three big players, with one insurer alone writing half of the market’s total premiums.

Towers Watson’s latest Settlement in Focus highlights that, in 2013, eight insurers wrote 186 bulk annuity deals worth more than £7.2 billion. £3.7 billion was written by one insurer, with two other insurers writing £1.4 billion and £1.3 billion respectively. Towers Watson advised on over half the £7.2 billion total, having advised on deals ranging from £5 million to £1.5 billion. The research also shows that sub-£10 million bulk annuity deals outnumbered those over £10 million, suggesting the insurers who focus on medical underwriting have the opportunity to significantly increase their share of the total number of deals written.

“The last year has shown a move towards an even greater domination of the market by a few insurers. Rothesay Life’s recent announcement of its planned acquisition of MetLife appears to compound this effect further. Counteracting this, Just Retirement’s and Partnership’s share of the market may increase as medical underwriting takes off, perhaps becoming the norm for smaller schemes. 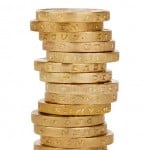 “With the recent budget announcement on removing the forced annuitisation of defined contribution (DC) pots, we expect to see more insurers redirecting capital from their individual annuity business to their bulk annuity business."

Sadie Hayes said: “Besides those insurers which already operate in both the individual and bulk annuity markets redirecting more capital towards their bulk annuity businesses, we also expect there to be a number of new entrants to the bulk annuity market in the next few years.  These insurers will need to develop their new business process, administration and the financial systems to write this business.  This will help to meet the expected increase in demand from pension schemes for these products.”