FIFA, the world’s football governing body, is intent on preventing the England football team from wearing poppies on their shirts in their upcoming game with Spain on the basis of it being of a political and/or religious nature and therefore against FIFA’s rules.

That there is no love lost between FIFA and the FA since England’s failed bid to host a future world football competition is well known.

But this latest decision by FIFA seems to have inserted the needle a bit further. Players want to wear the embroidered poppy, the Germans actually support it and one suspects most people in England would want to see it. David Cameron, the PM, has also called on FIFA to reconsider.

FIFA says in a letter sent on Tuesday to the FA "We regret to inform you that accepting such initiatives would open the door to similar initiatives from all over the world, jeopardising the neutrality of football. Therefore, we confirm herewith that the suggested embroidery on the match shirt cannot be authorised. There are a variety of options where The FA can continue supporting the cause of Remembrance. One of them already was approved by FIFA, the Period of Silence." 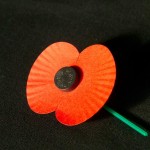 So, only FIFA it seems is openly against the wearing of poppies.

'Develop the game, touch the world, build a better future'.

And under the heading ‘Our Approach’.

‘Build a better future. Football is no longer considered merely a global sport, but also as unifying force whose virtues can make an important contribution to society. We use the power of football as a tool for social and human development, by strengthening the work of dozens of initiatives around the globe to support local communities in the areas of peacebuilding, health, social integration, education and more.’

FIFA therefore does see football as a political force. As I see it their rules can therefore allow such emblems as long as they meet the above aims, which in the case of the poppy is surely the case. Even if some are saying that it's just a PR stunt by the FA [1].

Responses to the Liberal Democrat Manifesto