The Fifty shades books have sold over 100 million copies. Their phenomenon reflects the universal desire to be swept away from our mundane lives and into a world of passion and ecstasy, but new independent research on behalf of IllicitEncounters.com, which surveyed 2,500 British and Irish people, found that for 4 in every 5 this text of escapism will only ever be escapism.

“There are many things to consider when looking at these figures,” said Claire Page, spokesperson for Illicit Encounters, the UK’s top married dating site, “Many women feel more self-conscious after having a baby, because their body changes through stretch and tear. Similarly, men lose confidence about their appearance as they get older because their body sags, wrinkles and ages. It’s not simply a matter of being straight laced and not wanting to do anything daring in the bedroom.” 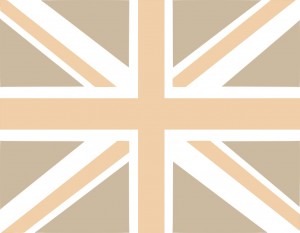 When asked about the 50 Shades of Grey trilogy, 32% of the 2,500 surveyed admitted to reading the novels and 74% said they were interested in exploring some of the scenes and ideas from the book, but a staggering 89% said they would never feel comfortable requesting anything other than the norm in the bedroom from their partner.

“This is exactly why people come to us – to get better sex!” Claire Page said “There are more than a few real-life Christian Greys on our site – the average guy on IE is statistically more successful, wealthy and well-educated than your typical British man with the budget for our membership.  However, our ladies seem to be a bit more empowered than the protagonist Ana, and more willing to ask for what they want – even in their actual profiles.

“Even though there’s a surprising amount of kinkiness amongst our members, people really are just looking for a connection, they’re less concerned with exercising perverse fantasies and more with meeting someone they get on with.”

There are 421 members on Illicit Encounters that have ‘Christian Grey’ in their username.

The psychology of fashion

Happy Christmas – to me!