While historically the finance sector has been one of the natural career routes for the MBA it seems that, for some at least, the lure of being part of the next Facebook or Google is proving to be a real competitor for the attention of the brightest and best talent.

Adrian Kinnersley, MD of Twenty Recruitment who specialises in placing finance and accounting professionals into fast growth companies – and a winner of the NatWest start-up award – says that this is a trend that is set to continue: "We are seeing a number of high potentials finishing school and then maybe working within finance to pay off the cost of their MBA. However, we are now also experiencing a small but growing number of MBAs wanting to explore their entrepreneurial side and move into a fast growth start up or smaller enterprise. These tend to be venture capital or private equity backed organisations within the consumer, socially conscious start up and e-commerce arenas as well as within the digital media and enterprise solutions areas. Typically these will range from those at seedling stage right through to pre IPO. What’s crucial to them is that they need people who can really understand the cultural nuances as the operations scale up while at the same time maintaining the values of the founding team."

Michel Duran, for example, who gained an MBA in industrial marketing from EMLyon Business School in Lyon, moved from an audit role at KPMG to setting up a company helping to create business plans for small organisations – the first of which was a cabinet maker, which asked him to join the board. Now based in Canada, he has set up CMHL Enterprises a film production company and his first film was nominated for five awards. Michel is typical of the kind of mind-set needed for an entrepreneur led company. His interest in film-making came from meeting a photographer and he then spent months researching the idea including attending theatre school which he funded by carrying our repairs on film sets so that he knew the artistic as well as the business side – the bigger picture. 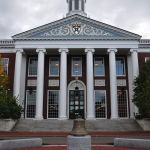 Adrian Kinnersley says that while MBAs are a target for small start-ups, and there is no doubt that high potentials with solid finance experience in either a bank or a firm of accountants can make the transition– it’s not always easy. “There is no room for egos – these guys have to be prepared to roll their sleeves up and get stuck in and they will probably have to look at a pay cut. They also need to have a high level of intellectual curiosity and be interested the bigger picture of the overall business model with sometimes no immediate reward.”

Kinnersley advises those who are looking at MBAs and who are interested in fast growth company careers to look at programmes that have a clear entrepreneurial focus. “I’d always also encourage candidates to try and get involved with a start up in some way – so consult, intern or work a level below you would at a large corporate or bank – it will also help build a network in what is a very close knit community. Our clients always prefer someone that has previous start-up experience.”