Fireworks, Fastnet and Festival: Plymouth is the place to be!

The Summer Holiday calendar kicks off with the 47th Rolex Fastnet Race on Sunday, 6 August, as 340 boats begin the 603-nautical mile race from the Isle of Wight to Plymouth, via the Fastnet Rock off the coast of Ireland.

The short but brutal sea race challenges the mental and physical capabilities of its crews to the limit and strains the hulls of some of the world’s biggest and finest racing yachts.

And for the fourth year running Plymouth Yacht Haven will be the site of the Race Village – the home of the Royal Ocean Racing Club’s Finish Office – where there will shops, stalls and live music.

Then all eyes will turn skyward as the 21st British Firework Championship is set to go off with a bang – on Wednesday 9 August and Thursday 10 August.  The cream of the nation’s firework display experts will battle it out over the skies of Plymouth Hoe. 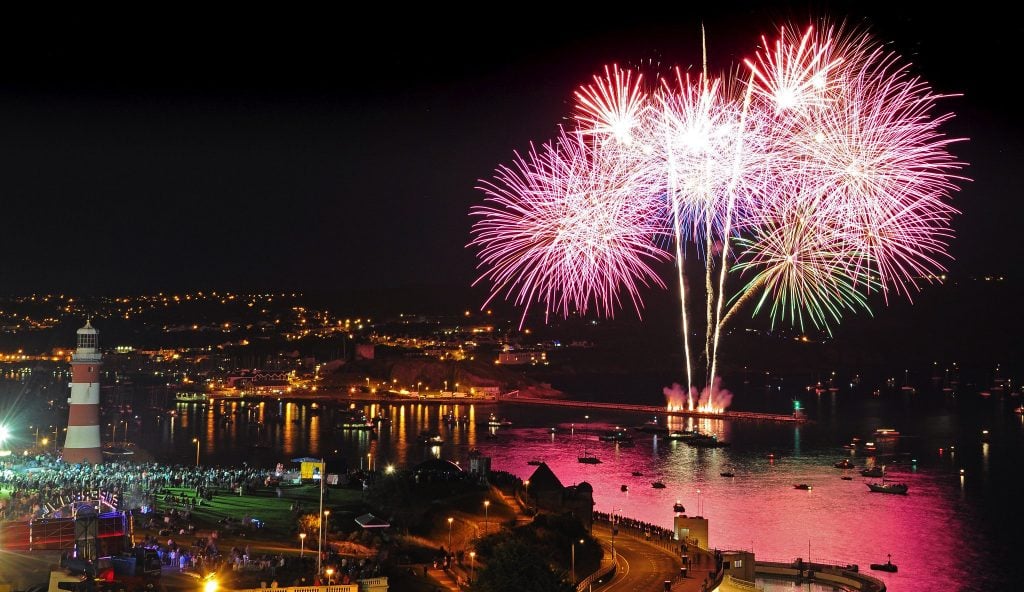 So, with the excitement of the Rolex Fastnet Race and the British Firework Championship what better way to unwind than with a bit of jazz and blues.

The Ocean City Blues N Jazz Festival returns for a second year to The Barbican on the weekend of 11, 12 & 13 August.

Top musicians will be taking to the stage in The Parade, as well as at bars and pubs around The Barbican, starting from midday until 10pm.

The acts include the Pete Canter Quartet, The Sultans, Far from the Delta and Joanne Cooke – and the musical styles range through the ages from swing to jump jive, Latin to rock and roll.

“August in Plymouth is going to be jam packed with wonderful events and attractions for the whole family to enjoy over the Summer holidays.  The British Firework Championships are always spectacular, dazzling to watch, and draw huge crowds every year.  Then the world’s greatest sailors will be in Plymouth for the Rolex Fastnet Race which is a must for anyone who loves the sea and sailing. And what better music to play it all out than jazz and blues with a truly international feel.

“Plymouth is getting a reputation for attracting great musical acts and we’re delighted that the Ocean City Blues N Jazz Festival is being held for a second year. It is becoming a favourite in our calendar. The music will be great, the location incredible and the sights amazing. Plymouth really is the place to be.”

The Big 3: The Evolution of Ray Ban's Biggest Models