Total order books picked up, reaching their strongest level since December’s eighteen year high. This strength was broad-based, with above average results in 14 out of the 17 sectors. The food and drink sector was particularly robust, reporting its fullest order books in just under four years.

The survey of 514 manufacturers found output volumes also continued to rise at a similarly solid pace to that seen in the past three months, with expectations of stronger growth for the coming quarter.

“Growth is broad-based, with the recovery spreading its roots, and firms have high hopes for the coming quarter.

“However, the recent rise in Sterling could impact on the resilient export orders we’ve seen lately.

“As a result, now is the right time to capitalise on boosting manufacturing further by taking action to strengthen the UK’s supply chains across industry. This will help unlock further growth and increase exports.” 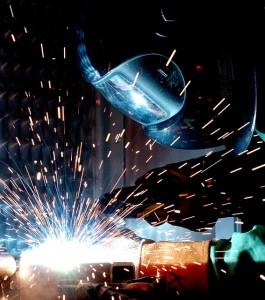 • 34% of firms reported that total order books were above normal and 23% said they were below normal, giving a balance of +11%. This was the highest balance since the eighteen-year high reached in December 2013 (+12%), and well above the long-run average (-16%)

• Firms expect output to grow faster in the coming quarter, with 44% predicting growth, and 12% a decline, giving an overall balance of +32%. This is unchanged since April and a long way above the long-run average (+7%)

• 23% of firms said their export order books were above normal and 25% said they were below normal, giving a rounded balance of -2%, above the long-run average of -20%

• Expectations for output price inflation remained very subdued (+3%, from +4% in May)

• 18% of firms said their present stocks of finished goods were more than adequate, and 10% reported they were less than adequate, giving a balance of +8%.

The June 2014 Industrial Trends Survey was conducted over 22nd May to 11th June.

Last-minute ISAs: over Â£1.5bn of investments predicted in run up to ‘Funds Friday’