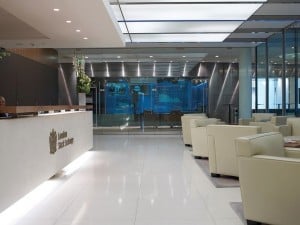 The listing, the first of its type in any European market underlines London and London Stock Exchange’s pre-eminent position as the leading Western financial centre for trading of RMB products. London is at the forefront of RMB-product development and has recently introduced CNY and HKD trading for ETFs, supported by clearing and settlement. There are currently four RQFII ETFs listed on London Stock Exchange and since the first London listing in January 2014, RQFII ETFs have traded over £1.5 billion in value and accounted for over 7000 trades on London’s markets.

“This is a landmark listing for London and an important sign of the market’s openness to new RMB product development. We are fully committed to supporting the efforts of the Chinese and the UK Governments in developing an off-shore RMB market in London through innovation and partnership.”

Minister Counsellor Jin Xu, Embassy of the People’s Republic of China to the United Kingdom said:

“Today, we witness a further achievement on building off-shore RMB center in London, which we hope to see more in the future. I do believe, with passion and innovation, the U.K. can continually play an important role in the RMB internationalization.”

“The launch of this innovative new product, which will provide further opportunities for British and other global investors to invest directly into China, underscores Britain’s position as the western centre for offshore RMB and a global centre for asset management.

“It’s also yet another example of the good relationship between Britain and China, building on last September’s Economic and Financial Dialogue where our two countries agreed the most significant package of measures ever on financial services.

“And it’s testament to our commitment to investment management. When the government launched the UK’s Investment Management Strategy in 2013, it was our intention to make the UK a major jurisdiction for fund domicile. So I am particularly pleased that CCBI has chosen to domicile this ground-breaking fund in the UK.”

Fitch warns that the UK may lose its AAA rating