The first report of probable person to person transmission of the new avian influenza A (H7N9) virus in Eastern China is published on bmj.com today.

The findings provide the strongest evidence yet of H7N9 transmission between humans, but the authors stress that its ability to transmit itself is “limited and non-sustainable.”

Avian influenza A (H7N9) virus was recently identified in Eastern China. As of 30 June 2013, 133 cases have been reported, resulting in 43 deaths.

Most cases appear to have visited live poultry markets or had close contact with live poultry 7-10 days before illness onset. Currently no definite evidence indicates sustained human-to-human transmission of the H7N9 virus.

The study reports a family cluster of two patients (father and daughter) with H7N9 virus infection in Eastern China in March 2013.

The first (index) patient – a 60 year old man – regularly visited a live poultry market and became ill five to six days after his last exposure to poultry. He was admitted to hospital on 11 March.

The second patient, his healthy 32 year old daughter, had no known exposure to live poultry before becoming sick. However, she provided direct and unprotected bedside care for her father in the hospital before his admission to intensive care.

She developed symptoms six days after her last contact with her father and was admitted to hospital on 24 March. She was transferred to the ICU on 28 March and died of multi-organ failure on 24 April.

Forty-three close contacts of both cases were interviewed by public health officials and tested for influenza virus. Of these, one (a son in law who helped care for the father) had mild illness, but all contacts tested negative for H7N9 infection.

Environmental samples from poultry cages, water at two local poultry markets, and swans from the residential area, were also tested. One strain was isolated but was genetically different to the two strains isolated from the patients.

The researchers acknowledge some study limitations, but say that the most likely explanation for this family cluster of two cases with H7N9 infection is that the virus “transmitted directly from the index patient to his daughter.” But they stress that “the virus has not gained the ability to transmit itself sustained from person to person efficiently.”

They believe that the most likely source of infection for the index case was the live poultry market, and conclude: “To our best knowledge, this is the first report of probable transmissibility of the novel virus person to person with detailed epidemiological, clinical, and virological data. Our findings reinforce that the novel virus possesses the potential for pandemic spread.”

So does this imply that H7N9 has come one step closer towards adapting fully to humans, ask James Rudge and Richard Coker from the London School of Hygiene and Tropical Medicine, based in Bangkok, in an accompanying editorial? 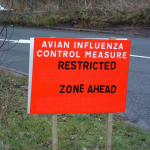 Probably not, they say. Limited transmission between humans “is not surprising, and does not necessarily indicate that the virus is on course to develop sustained transmission among humans.”

Nevertheless, they point to several traits of H7N9 are of particular concern, and conclude that, while this study might not suggest that H7N9 is any closer to delivering the next pandemic, “it does provide a timely reminder of the need to remain extremely vigilant: the threat posed by H7N9 has by no means passed.”

The authors also summarise their findings in a video abstract. Dr Zhou says that the reason for carrying out this study was because there was “no definite evidence to show that the novel virus can transmit person-to-person”, plus she and her co-authors wanted to find out whether the novel avian influenza virus possesses the capability to transmit person-to-person. She concludes that “the infection of the daughter is likely to have resulted from her father during unprotected exposure” and suggest that the virus possesses the ability to transmit person-to-person in this cluster. She does add however that the infection was “limited and non-sustainable as there is no outbreak following the two cases”.