First successful organ donation from newborn carried out in UK

The very first successful organ donation from a newborn to be carried out in the UK is reported in the Fetal & Neonatal Edition of Archives of Disease in Childhood.

The donor was a girl born at term after an emergency caesarean section in the neonatal unit of Hammersmith Hospital, London.

She weighed just over 3 kg, but was very sick, and it became clear that her brain had been starved of oxygen for a period during the pregnancy.

Treatment made no difference, and repeated examinations showed that she was unable to make any spontaneous movement, did not respond to any stimuli, and had fixed and dilated pupils.

The parents and clinicians involved in her care discussed the possibility of organ donation, when it became clear that she would not survive. 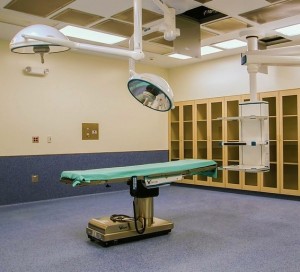 Supported by the organ donation team, the nursing staff, and the hospital's psychologist, the parents gave their consent for their daughter's kidneys and liver cells to be used for the benefit of other sick patients.

Six days after she was born, and with death confirmed, these tissues were retrieved with the help of an experienced surgeon from the National Organ Retrieval Service.

"It is due to the extreme generosity of the parents and wonderful professional collaboration between the neonatal team and the organ donation team that this process was successful," write the authors. "This case has set a milestone in the care of newborns in the UK," they add.

They point out that a significant proportion of newborns who die in neonatal units could be potential organ donors, and could therefore save the lives of other sick patients, but current guidelines make it very difficult for donors to be identified.

New guidelines from the Royal College of Paediatrics and Child Health are expected shortly, and these should help to standardise an approach to organ donation among newborns, the authors say.

They go on to hope that the guidance will kickstart a new way of thinking about neonatal organ donation.

"We hope that neonatal units across the UK will actively start thinking about this noble cause, which makes the grieving family's journey easier, and has the potential to transform another life," they conclude.

Could RRAM Be The Future Of Computer Memory?