The Royal couple and soon to be parents do not need to worry themselves about how much it costs to bring up a child in the modern world. But the rest of us almost certainly do.

And the figures can be alarming, but most people who are going through this for the first time do not fully understand the costs involved.

With the upcoming arrival of the Royal baby John Hyde, sales and marketing director at Legal & General Life Insurance reveals first time parents underestimate the cost of raising a child by 59%*:

"The fragile economy coupled with current levels of inflation mean that it’s more and more expensive to raise our children. Therefore it is vital that new parents are fully aware of the potential costs so they can make sure they have an adequate financial plan in place for their family. 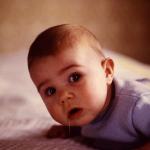 "Although unpalatable, it is also important for parents to plan for the worst by having a will and protection cover otherwise, your loved ones may not be left as financially secure as you would like. Most parents say* that their top financial priority is to ensure their children are looked after if they are unable to take care of them because of illness or death. However, Legal & General recently found that only 31%* of the parents we surveyed currently have a will – even though 73%* said that they felt in control of their finances.”