Investors remain tethered to easy monetary policy according to the latest Fitch Ratings/Fixed Income Forum Survey of professional money managers. Survey respondents desire U.S. Federal Reserve support despite the strongest positive consensus in two years on U.S. growth, a belief that the recovery in Europe is sustainable and, perhaps most encouraging, good activity in emerging markets.

A constructive macro backdrop notwithstanding, the majority of investors (70%) still view monetary support as either important or critical. This is down from a high of 91% recorded in summer of 2013, but with the caveat that at the time 43% placed GDP growth over the coming year at less than 2%. Only a few shared that sober opinion now.

In the new survey, conducted in February and March, 89% of investors saw U.S. GDP growth of at least 2%-3% over the coming year.

However, one area remains strained: employment. While investors see progress in the labor markets, most believe the employment situation is worse than reported in official statistics. This skepticism appears to be a key ingredient in shaping the caution around the near-term ability of the U.S. economy to sustain higher interest rates. 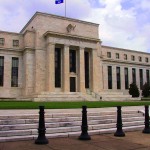 The vast majority of investors attribute some GDP momentum to the wealth effect ? a combination of the considerable surge in the stock market over the past year and appreciation in home prices.

Investors also believe home prices will appreciate further this year. Most placed home price growth in a range of 2%-5%.

Among potential macro worries, they continue to see inflation as the least worrying (74% considered it a low risk).

Across all event risks, in fact, no potential disrupter received significant attention as a high risk ? this pointing to this year's calmer macro environment.

Share repurchases, dividends, and mergers and acquisitions are still viewed as leading uses of corporate cash.

How to Use The New Shared Parental Leave System