FSB finds half of small firms have been paid late

New data from the Federation of Small Businesses (FSB) shows that more than 5 in 10 members were paid beyond the agreed payment date by large companies in 2013.

The FSB calls for Government to strengthen the Prompt Payment Code to make it easier for firms to complain about payment terms, and for a culture change amongst large companies who repeatedly pay late and who have been extending their payment terms sometimes to an unacceptable 120 days.

Using data from its member survey of more than 8,000 of its members, the FSB has told the Business Department consultation that more than half (51%) of its members providing goods or services to larger private sector businesses were paid late in the last 12 months.

For those firms affected, being paid late or on extended terms hits them hard. It means reduced profitability (34%), paying their suppliers late (32%) and restricting their business growth (29%).

The FSB has urged the Government to consider re-launching the Prompt Payment Code (PPC) website and to promote more widely the existing 'challenge' function – where small firms can complain about a firm signed up to the code it feels isn't a prompt payer.

Additionally, to strengthen the PPC, the FSB wants to see all signatories clearly state what their maximum and average payment terms are as well as a named contact for small businesses who face difficulties. As included in the EU Directive enacted in the spring of last year, only in exceptional circumstances should payment terms be more than 60 days.

Fear of losing contracts is another issue says the FSB. Even though they are legally entitled to do so, its research suggests just one in 10 (12%) had charged interest to clients for overdue payments because they fear losing business. 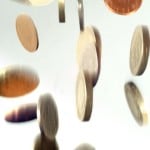 "As the economy gets stronger we must do everything we can help businesses and late payment is an issue the Government and large businesses must tackle. Small businesses simply can't be expected to lend interest free to their large customers, which is in effect what extended payment terms and late payments results in. This is as much a policy issue as it is a cultural problem within UK business. Government needs to get its policy on this right but as the biggest buyer in the UK, it should also exemplify best practice in paying its suppliers in a timely manner.

"Small firms need confidence to charge interest and complain about late payments. The fear among the smallest firms is that complaining about late payment should result is lost future work which will harm cash-flow for their business.

"We have urged the Government to look at strengthening the Prompt Payment Code so it is mandatory for the largest businesses to spell out their payment terms, as well as agree to pay quickly, and for large businesses to take seriously their responsibility to pay on time. This, we believe, would mean few would look to change their terms and ask for discounts. Furthermore, by strengthening the complaints process more firms will look to stand up for themselves."