There has been an ongoing argument for many years as to whether fluoride should be introduced into the UK’s water supply as a matter of course to help prevent tooth decay, especially amongst the young.

Just last year the high court rejected a Southampton resident’s complaint with a ruling that fluoride could be added to the water in that region. But this seems to be a legal ruling, not a medical, one in that the health authority was not acting illegally.

Some argue that this is enforced medication, which flies in the face of individual choice, especially as you would have to filter it out yourself at your own cost if you did not want to drink fluoridated water.

But further there are claims that fluoride exposure creates many other health risks from lowering the IQ to dementia to increasing cancer rates.

Now though another study published in Nuclear Medicine Communications has found that the chemical may be linked with the hardening of arteries and associated heart disease.

All this may mean that we are in danger of treating one medical problem at the expense of creating more problems in other areas. In fact, when looking at fluoride as a cumulative poison, one wonders whether general fluoridation is such a good idea.

Then there are the claims that the fluoride put in water is not the same stuff that you find in your toothpaste tube, it is a hazardous industrial waste that is illegal to dump at sea.

But isn’t fluoridating water trying to shut the stable door after the horse has bolted? The people it is aimed at have already started to damage their teeth. And will it not lead people into a false sense of security? All along the lines of ‘I don’t need to clean my teeth regularly, floss or stop eating and drinking acidy food and beverages because my tap water (which I hardly ever drink) has fluoride in it’.

As the Dr Mercola piece points out: 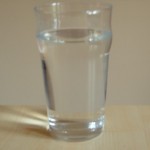 "Drinking water containing as little as 1.2 ppm fluoride will cause developmental disturbances. We cannot run the risk of producing such serious systemic disturbances. The potentialities for harm outweigh those for good."

Doesn’t sound too good does it.

The Dr Mercola article is also very well worth a read as it points out the history behind why and how fluoride was pushed on the US population as explained in Christopher Bryson’s ‘The Fluoride Deception’; a strange mix of nuclear weapons, the aluminium manufacturing process and dental industry interests.

Will EV and Hybrid Cars Really Save the Planet?

The History of Solar Panels and How They Work