If the stock market is only as strong as the companies that go into making up the index and their earnings as contingent upon consumer spending, then the durable goods numbers don’t really look all that great.

New orders for manufactured durable goods slipped by one percent, or $2.2 billion, to $225.0 billion—the third decrease in the last four months. Analysts had forecasted a January drop of 0.7%. The one-percent drop in January comes on the heels of a 5.3% decrease in December. (Source: “Advance Report on Durable Goods Manufacturers’ Shipments, Inventories and Orders January 2014,” United States Census Bureau web site, February 27, 2014.)

In January, shipments of manufactured durable goods, which have been down for two consecutive months, decreased $0.9 billion, or 0.4%, to $232.3 billion. This followed a 1.8% decrease in December.

Inventories—the number of products sitting on a shelf—increased by 0.3% ($1.0 billion) in January to $389.1 billion. This represents the highest level ever recorded and follows a 0.9% increase in December.

Even the less volatile core durable goods numbers fail to really impress. Orders for long-lasting U.S. durable manufactured goods, minus the more volatile transportation industry, climbed 1.1% in January, the biggest jump since May. This sort of balances out the higher-than-expected 1.9% drop in December. Analysts had forecasted a 0.1% decline in January core durable goods.

Still, the better-than-expected increase in factory activity is providing investors with a little hope that economic activity is picking up. While surprises to the upside are always encouraging, the most optimistic bull has to be a little cautious about the underlying economic numbers. 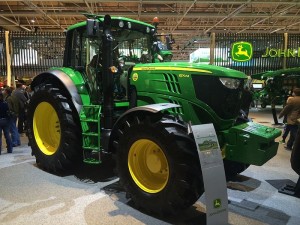 For an economy in which consumer spending accounts for almost 70% of gross domestic product (GDP), we need to see a strong boost in hiring and wages. But with the recent durable goods data, it’s quite possible the U.S. government will even cut its GDP growth outlook.

But again, it’s all in how you interpret the data. For bears, weak durable goods numbers suggest some manufacturers will see a decrease in demand for their products. Bulls, on the other hand, will say the solid core durable goods data suggests business might pick up this spring.

No matter what side of the fence you stand on, the durable goods and core durable goods numbers point to some interesting opportunities. If you’re a bear, you might want to consider shorting companies like Caterpillar Inc. (NYSE/CAT), Whirlpool Corporation (NYSE/WHR), or Deere & Company (NYSE/DE). Bulls, on the other hand, might want to consider adding companies like these to their retirement portfolio.

Global Market for Islamic Financial Services up 12% to $2trillion

The Rise in Loans From Luxury