♦ Overall shop prices reported deflation for the eleventh consecutive month in March, accelerating to 1.7% from 1.4% in February.

♦ This is the deepest level of deflation since the series began in December 2006.

♦ Non-food reported annual deflation of 3.2% in March from 3.0% in February – the lowest ever recorded.

"Retailers have rightly been getting recognition for their contribution to the economic recovery, including good news recently on apprentices and training. But keeping costs down for ordinary people is just as important. And that's why the continuing deflation we are seeing in shop prices is such good news for consumers.

"It's strong industry wide competition as retailers vie for a share of limited spending capacity that is driving this record breaking run. Retailers have been responding to their customers with keen prices and promotions to maintain market share, and March saw the deepest deflation for eight years and the lowest inflation ever recorded for food. With food and drink representing 15 per cent of disposable income for the least affluent third of households, retail's significant contribution to maintaining standards of living is clear.

"The outlook on commodity prices shows some upwards pressures. So, while we know retailers will be working hard to sustain these low prices, continued support from Government on other costs such as business rates reform and the recent reliefs for National Insurance Contributions will be key to maintaining this positive trend."

"Savvy shopping and looking for savings by buying on promotion, is the way that most shoppers now look to save money and the continued fall in shop prices will also be helping households to keep to their budget. After a difficult start to the year for the industry with falling volumes in food and unpredictable weather impacting non-food, the current respite in inflationary pressure will be welcomed by retailers."

The BRC-Nielsen Shop Price Index (SPI) reported annual deflation of 1.7% in March down on the 1.4% deflation of February, setting another record for the deepest deflation rate since the series began in December 2006. Food inflation slowed further to 0.8% from 1.1% in February, while non-food deflation accelerated to 3.2%.

Food inflation is now at its lowest level since the inception of the Monitor in December 2006. Fresh food inflation fell sharply from 1.5% to 0.6% in March. The rate of inflation within the Ambient food category increased from 0.4% to 1.0% in March, the first increase in inflation in six months. Overall food inflation has averaged just 2.1% over the last twelve months and 1.1% in the last three months.

Since the beginning of the year there has been some upward pressure in commodity markets. Recent commentary has cited poor harvests in Brazil, the world's top producer of coffee, sugar and orange juice. West Africa, the source of about 70% of the world's cocoa, had a good start to the season but harvest has begun to wind down, the slowdown being attributed to below average rainfall which has sent prices soaring. Lean hog prices hit record highs as an American pig virus restricted supply. The price of corn, wheat and cotton were up in double digits over the last three months. However, such sharp rises remain isolated and, although recent price movements need to be monitored carefully, the global outlook for rising commodity prices remains modest.

The Thomson Reuters/CoreCommodity CRB Index, a weighted commodities benchmark, ended up 8.7 percent for the first three months combined, making it the strong growth since September 2012 for the 19-commodity index. Most of its gains were during Brazil's unprecedented dry weather between January and February. 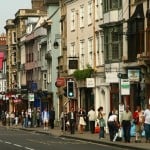 The official measure of inflation, the Consumer Price Index (CPI), grew by 1.7% in February, down from 1.9% in January. The largest downwards contributions came from price movements of motor fuels, with petrol falling by 0.8 pence per litre between January and February this year. Downward pressure also came from gas and electricity, clothing and air transport. CPI fell to its lowest level in more than four years in February, easing pressure on living standards and dipping further below the Bank of England's two per cent target. This is good news for consumer spending and the ongoing recovery. Non-core components (i.e. food and energy) have been responsible for the bulk of the slowdown in inflation since late-2013.

On the consumer front, recent announcements from key grocery players suggests competition on prices and promotions could intensify further, with some supermarkets reporting falls in sales in February, ensuring shop price inflation remains at low levels in the coming months. The latest Retail Sales Monitor suggested 3-month total food growth of just 0.4%, the lowest since at least December 2009 when the BRC started measuring sales in this way. Real households' disposable income has decreased by 0.1% Q4 2013 against the previous quarter.

The Office of Budget Responsibility forecasts average earnings growth to increase to 2.5% in 2014 and to rise more rapidly than inflation throughout the forecast period. They also forecast growth in real household disposable income per capita to turn positive this year, growing at 0.5% in 2014 and 1.2% in 2015. The Chancellor's commitment to cutting the tax threshold on savings and pension arrangements, lifting the income tax threshold to £10,500 and freezing fuel duty should put more money in consumers' pockets and potentially increase their retail spend. This will reduce the squeeze on real incomes as inflation falls.

In March, food inflation slowed for the sixth consecutive month to 0.8% from 1.1% in February, the lowest since the series began in December 2006.

On a month-on-month basis prices fell to 0.0% after an increase of 0.1% in February.

March saw a further rise in the level of deflation in the clothing and footwear category from February, reaching 12.8% in March. This is the deepest level of inflation since the series began. Deflation in the children's clothing and women's clothing categories were above the overall rate in March. All categories in clothing and footwear have experienced deflation for seven consecutive months. Deflation in March was above the three month average of 11.6% and the 12 month average of 9.2%. Discounting was a key driver of sales within this category, with a number of retailers using targeted events to entice consumers to spend.

In March, deflation in the furniture and floorcoverings category slowed to 1.0% from 1.1% in February, falling below the three-month average rate of 1.9%. House textiles entered deflationary territory while the furniture, furnishing and carpet category experienced slowing of its inflation rate. The housing market has continued to show signs of improvement.

Houses prices are around 3% below 2007 peak. However, these figures disguise regional disparity, with the gap between house prices in London and the rest of the UK, the widest its ever been, both in cash and percentage terms. Demand continues to be supported by record low interest rates, improved credit availability and rising consumer confidence. The increase in the availability of credit through Government-led schemes, such as Funding for Lending and Help-to-Buy, continued to boost the housing market.

Deflation in the electricals category accelerated to 4.4% in March from 3.2% in February, the lowest rate since June 13. The household appliances and the audio and visual equipment categories reported acceleration in their deflation rates. The GfK 'climate for major purchases' index, increased four points in March to -7, this is 16 points higher than last year.

The DIY, gardening and hardware category remained in deflationary territory in March, with a 0.9% fall in prices over the year, below its three month average of 0.7% for three consecutive months. This is the deepest deflation rate since Dec 2008. The tools and equipment for the house was the driver in the deflation rate, while inflation in glass, tableware and household utensils was inflationary.

The other non-food category reported annual inflation of 1.7%, up from 1.1% in February.

On a month-on-month basis prices rises remained at 0.3%.