Despite the widespread mayhem caused by the recent horsemeat scandal, nearly three quarters (74%) of food processing firms say that it has had no direct impact on their businesses, cashflow or sales.

But while business confidence remains comparatively high, the seemingly benign conditions are not expected to last: 58% believe that trading conditions will get tougher over the next 12 months, more businesses will fail, and cash will become even harder to collect.

And while the effect of the horsemeat scandal may not have been as dramatic as predicted, it still left 22% of firms saying it had impacted business confidence and relationships within the supply chain.

The joint survey, devised by the global credit insurer Euler Hermes in partnership with Food Processing magazine, looked at the risks faced by the Food Processing industry, and how those risks are being mitigated through credit management.

It comes in the wake not only of the horsemeat controversy, but also a new Directive from the European Union to improve cashflows by tackling the issue of late payment. The Directive highlights the right for businesses to charge interest on overdue accounts and allows firms to claim back the costs of using a third party for collections.

Late payment is becoming a major issue, according to the survey: two thirds of Food Processing firms said that they are currently being paid late – a good percentage (18%) being paid more than 30-days later than they were 12 months previously.

Awareness of the EU Directive, however, is low: 71% had never heard of it and only 3% said they were fully conversant with it. Only 7% currently charge interest on overdue accounts, 29% did not know that they could, and nearly two thirds (65%) either thought that it was not worth the hassle or that it would upset the customer relationship. 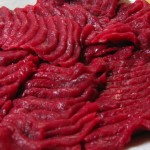 Tools used to manage credit also vary: 43% now ask for money up front; 25% use a credit reference agency; 14% credit insure; and almost a third (32%) no longer extend credit at all. Somewhat alarmingly, 18% 'do nothing' – despite the fact that exactly half had experienced a customer going bust on them in the last 12 months

"With conditions expected to get tougher, and cash more difficult to collect, it is imperative that Food Processing firms equip themselves with the knowledge and the tools to manage and mitigate their current and future credit risks," said Dirk Kotze, Head of Risk Underwriting at Euler Hermes in the UK and Ireland.

"'Doing nothing' is simply not an option; 'new' risks can emerge from nowhere – as evidenced by the horsemeat saga – and firms should take action to protect themselves against both the 'known' risks of today and the 'unknown' risks of tomorrow."

Euler Hermes recently launched Simplicity in the UK and Ireland, an easy to use, 'off the shelf' trade credit insurance policy that protects small businesses from the risk of not getting paid by their customers.