To a great fanfare, Hook and Son, an organic family dairy, began sales of raw milk this week in Selfridges, a major department store on Oxford Street, London.

This monumental victory by a British farmer to have their premium quality milk recognized by one of London's top food halls has ignited interest from consumers yet gets attacks from the Food Standards Agency. Apparently Selfridges is not capable of vetting its own suppliers and the FSA does not trust its own food inspectors who have certified the milk as safe.

London's Evening Standard [1] sent out a reporter to try the unpasteurized milk who gave it a thumbs up:

"within seconds of my first sip I am an instant convert. The taste is fresh and creamy and definitely has a hint of something about it that confirms that it has come straight from the cow.

"It is full-fat, but unlike pasteurised milk it does not leave a cloying film in your mouth"

"It also does not have the watery taste of skimmed or semi-skimmed. While I'm not entirely convinced of the health benefits, and at Â£3.50 a litre it's not cheap, I am definitely willing to give it a go because the taste is so good."

Many will baulk at the price, but this is a premium, boutique product with organic cows grazing nature reserve land and an unpasteurized product which goes through more rigorous testing and hygiene regiment that standard milk.

The Moo Man – Ida does Eastbourne (has since been deleted from Vimeo on 18-12-2012) from Trufflepig Films on Vimeo.
A trailer for the up and coming Movie about Hook and Son Dairy "The Moo Man"

Thank God that dairy farmers are finally in a position to market their products and demand a premium for quality, getting pole position in one of Britain's top food halls. This is about time too because as the Telegraph has reported, supermarkets and wholesalers have forced dairy prices so low that most are losing 3p per litre, and in 2010 Britain lost about eight dairy farms per week. 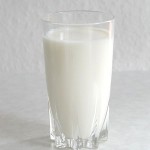 This is a pincer movement of falling wholesale prices and rising costs of production, yet government does nothing to break the monopolies and appears to do everything it can to keep dairies in the wholesale market, which is ripping them off by stopping farmers from marketing their product direct to consumers.

That situation is worse yet for organic dairies. Hook and Son bought their farm on the assumption that they would get 35p per litre for their milk, yet that price has plummeted to more like 25p. The farmer, Steve Hook has stated that, without being able to market their own raw milk direct to the consumer, they would have gone out of business long ago.

Unfortunately The Guardian ran with a story repeating claims that Hook and Son and Selfridges are flouting the law. Current raw milk laws require that raw milk can only be sold direct, with no re-selling allowed. Hook and Son own the vending machine in Selfridges and are responsible for filling it each day and maintaining it, making this a clear direct sale, yet The Guardian led with a misleading headline that the move 'contravenes food hygiene regulations'

The Guardian article, clearly with limited research then claims that raw milk is banned for retail. In fact, only raw cow's milk is banned for retail. It is legal to sell raw goat, buffalo and ewe milk, to name a few. Most contradictory, raw cream and butter is legal for retail. Raw cream from Hurdlebrook Farm has been sold legally in prestigious outlets such as La Fromagerie and Neils Yard, both of whole, along with most supermarkets selling raw milk cheese.

Those who claim that this is the first shop to stock raw milk are very misled, Ellies Dairy, currently a fore-runner in the Taste of Kent awards with its grass fed goats, has been available frozen, from many health food stores for years and can be purchased fresh in a number of stores in Kent and also at Franklins Farm Shop in Dulwich, South London. Yet another successful dairy that the Food Standards Agency would no doubt have blocked from dealing directly with consumers and retailers to negotiate a living wage.

The Guardian is also wrong for suggesting that this is Britain's first raw milk vending machine. In fact, one was installed for a time at The Goods Shed in Canterbury. Raw milk from Ellie's Dairy is however still available there. They are now commonplace throughout Europe, particularly in Italy.

Raw milk is also available mail order, direct from the farm and at many farmers markets throughout the country. To find out where, visit this directory, maintained by the London Chapter of the Weston A. Price Foundation: http://www.meetup.com/westonaprice-london/pages/Real_Milk_Directory/

Source of raw milk can be found worldwide at the Campaign for Real Milk website: http://www.realmilk.com/

Regarding safety, The Weston A. Price Foundation published the US Government's own statistics which demonstrated that raw milk is 35,000 times safer than other foods. Statistically, you are more likely to get injured driving to the farm than drinking the milk!

The Case For Untreated Milk was initially published by The Soil Association, countering claims made. It was circulated in response to calls to ban raw milk in 1988 and 1997. This document and the revelation that Royals including the Queen and Queen Mother drank and prefer raw milk led to the Food Standards Agency backing down.

In fact, I personally bought this up with Prince Charles when I had a chance to meet him at a slow food event at Highgrove. He stated concern that the modern obsession for pasteurization and similar such processes was, in some part, responsible for the allergies and asthma seen today.

For those interested in letting friends and family know the benefits of raw milk, the Weston A. Price Foundation run the Campaign for Real Milk and have a wonderful brochure which can be printed or ordered. Scientific studies in that brochure back up Prince Charles's intuition about the harm caused by too much processing of our food.

Studies from the brochure show that children fed raw milk are more resistant to TB than those fed pasteurized milk (Lancet, p 1142, 5/8/37); that raw milk is very effective in preventing scurvy and protecting against flu, diphtheria and pneumonia (Am J Dis Child, Nov 1917); that raw milk prevents tooth decay, even in children who eat a lot of sugar (Lancet, p 1142, 5/8/37); that raw milk is better than pasteurized milk in promoting growth and calcium absorption (Ohio Agricultural Experiment Station Bulletin 518, p 8, 1/33); that a substance present in raw cream (but not in pasteurized cream) prevents joint stiffness and the pain of arthritis (Annual Review of Biochemistry, 18:435, 1944); and that children who drink raw milk have fewer allergic skin problems and far less asthma than children who drink pasteurized milk (Clinical & Experimental Allergy. 2007 May; 35(5) 627-630). Many parents report an improvement in their children's behavior when they switch from pasteurized to raw milk.

Pasteurization also destroys enzymes and probiotics, which could be why those who suffer lactose intolerance can often tolerate raw milk, as revealed by Dr Natasha Campbell-McBride on BBC Radio 4's The Food Program show about milk.

Other nutrients destroyed by pasteurization include fragile milk proteins and vitamins C, B6 and B12.

For those who prefer common sense over science, think about why nature wanted babies to suckle raw milk.

Philip Ridley is London Chapter Leader of the Weston A. Price Foundation: westonaprice.org/london