Forgotten Invoices Means SMEs Lose Out On Billions Each Year

Small and medium-sized enterprises (SMEs) in the UK could be losing out on as much as £3.7billion each year through failing to submit or chase up invoices, a new study reveals.

The survey analysed 450 SMEs and was commissioned by business and finance software provider, Exact. Out of the businesses surveyed, 20 per cent had forgotten to invoice for services or goods at least once. The elapsed invoices did not merely equate to pennies, as the study found approximately 12 per cent of the invoices were worth between £5,000 and £10,000, while six per cent were for services or goods worth more than £10,000.

SMEs make up a huge proportion of the private sector – 99.9 per cent of all new enterprises in fact. 2012 was hailed as the "year for UK SMEs", and they have been described as being the "backbone of the British economy." However, despite appearing to be a flourishing slice of the British economy, according to a report conducted by the Surrey Business School, only 45 per cent of new enterprises in Britain survive the first five years. 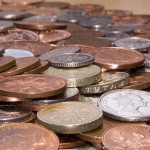 The Exact review also showed the leading cause of anxiety for SMEs is competing for new business, followed closely by concerns over finances – namely issues with cash flow, debtors and business planning. Clearly, failing to send or chase up invoices will make life harder still.

"We don't want to blow this issue out of proportion, but these findings do highlight that many SMEs who are eager to grow are not doing themselves any favours – particularly with so many of them expressing concern over their cash flow."

The report claims that one quarter of SME owners acknowledge that they don't feel in control of their business finances, while 45 per cent of the study's participants admitted they have had to defer some sort of payment due to problems related to cash flow.

Increase in Bulgarian and Romanian workers in the UK

UKIP Publishes ‘Out of the EU and Into the World’

Cheap investments – get back to bed