Former Exxon President On Mission To Clean Up Oil Sands

Canada has given oil sands a dirty reputation, but a breakthrough, commercially viable technology has caught the eye of a former Exxon Mobil president who is putting it to use to clean up Utah's billions of barrels of oil sands.

Imagine extracting high-quality oil out of the estimated 32 billion barrels buried (1) in Utah's oil sands, without creating the toxic wastelands that have resulted from oil sands projects in Western Canada. And imagine doing it at a cost that can still turn a profit in today's oil price slump.

That would be highly enticing to some of the large operators in the Uinta Basin, Utah's emerging tight oil play. As shale production has soared across the country, operators have moved to Utah to try to coax oil and gas from shale rock in ways that have been done on such a large scale elsewhere. Major players such as Marathon Oil (NYSE:MRO), EP Energy Corporation (NYSE:EPE) and Newfield Exploration Co. (NYSE:NFX) have significant exposure in Utah.

But Utah's oil sands are suddenly attracting a lot more attention because of their vast potential. The poor environmental reputation and high cost has kept companies away up until now, but armed with a new, clean oil sands technology, there is even talk that Utah could shift its focus away from expensive shale. 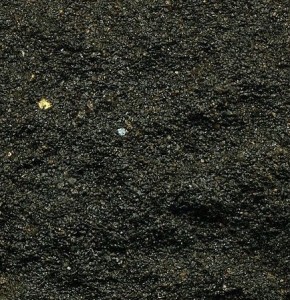 Protecting the environment and still profiting from oil has long been a major challenge, particularly when it comes to dirty oil sands, but that could all change if a new technology designed specifically to extract these oil sands in the most environmentally friendly way possible proves successful.

For five decades, companies have been trying to replicate Alberta's oil sands success in Utah, but without turning the state into a toxic wasteland. A former Exxon president of Arabian Gulf operations, Dr. R Gerald Bailey, is one of several to take up the challenge, where today he is CEO of a small oil services technology company called MCW Energy Group (MCWEF:OTCQB).

"It is really simple," Dr. Bailey told Oilprice.com. "In the same way that soap washes grease from plates, with the grease adhering to the soap and pulling it off, so new technology in the form of an innovative solvent can pull the oil out of oil sands." Oil sands are typically black and dirty looking. However, once washed with the solvent, the sand comes out 99.9 percent clean before it is returned to the Earth, according to Dr. Bailey. "If we throw it back on the Earth, it is no longer contaminated with oil and you can grow plants on it."

This is not just about making oil, Dr. Bailey opines. It's about remediation. "After the tragic Deepwater Horizon disaster, we could have gone over there and cleaned that beach up with this new technology." The company is focusing on Utah, but sees future potential abroad in places like Russia, China, Afghanistan, the Dominican Republic, Namibia, Jordan and Trinidad.

Other companies are working on similar technologies as environmental groups and governments turn increasingly hostile to dirty oil sands. Marathon Oil is developing a proprietary solvent technology, in which wet tailings are dried and deposited back into a mine site as back-fill. Imperial Oil (TSE: IMO), a Canadian oil company, is doing something similar.

The focus of any new oil extraction technology must be on the environment—both Canada's toxic wastelands and the fallout from hydraulic fracturing have ensured that new technologies can no longer push full speed ahead towards profit while ignoring the longer-term consequences.

It costs about $55 per barrel to produce oil sands in Alberta. But independent research has shown that MCW Energy Group can produce oil from Utah oil sands at approximately $30 for clean oil sands.

From an environmental standpoint, it would seem that the goals are also being achieved. The process employed does not use any water, which is a significant selling point in the dry state of Utah, and produces no waste or pollutants, including no more tailing ponds.

Can it apply Canada's oil sands as well?

According to Dr. Bailey of MCW Energy, the Utah sands differ as they are oil-wet and not water-wet, and because they can simply be scooped up with a front loader and then processed with the solvent. The oil separates out and the clean sand is returned to the ground. In Canada, however, the sand must be mined because it is several hundred feet underground and requires extraction with steam and subsequent hot water, which becomes highly contaminated. "The huge acres of tailing ponds can be seen from space."

But while it may seem a daunting task, the new technology can tackle even Alberta's oil sands waste problem—after the process, according to Dr. Bailey, without using any water. "We would just use a de-watering process and then treat the raw sludge with our solvent."

The much-maligned oil sands may yet have a viable future in a world increasingly concerned about the environment.