"It breaks my heart to hear that Valentin, Inouk, Wikie and the other orcas at Marineland whom I love and once cared for are in grave danger"

The following has been supplied by PETA.

As flash floods hit the French Riviera this week, the numerous animals held captive at Marineland, Europe's biggest marine park, have been greatly affected. Turtles, rays, sharks and other fish have died, and marine mammals such as orcas are in critical danger as their tanks have become flooded with muddy water and the oxygenation and filtration systems have broken down.

Please see below for a letter from John Hargrove, a former trainer at SeaWorld and Marineland, who had a change of heart about keeping orcas in captivity and now campaigns for legislation against keeping marine animals imprisoned in abusement parks. Hargrove appeared in the BAFTA-nominated documentary Blackfish.

In his letter, Hargrove lambasts Marineland chiefs for keeping these animals confined to tiny enclosures which deny them the opportunity to do anything that's natural and important to them and for the devastating effects that years of incarceration have had on their mental and physical health. Given the potentially lethal danger that the animals are in following the floods, Hargrove is demanding their urgent release. 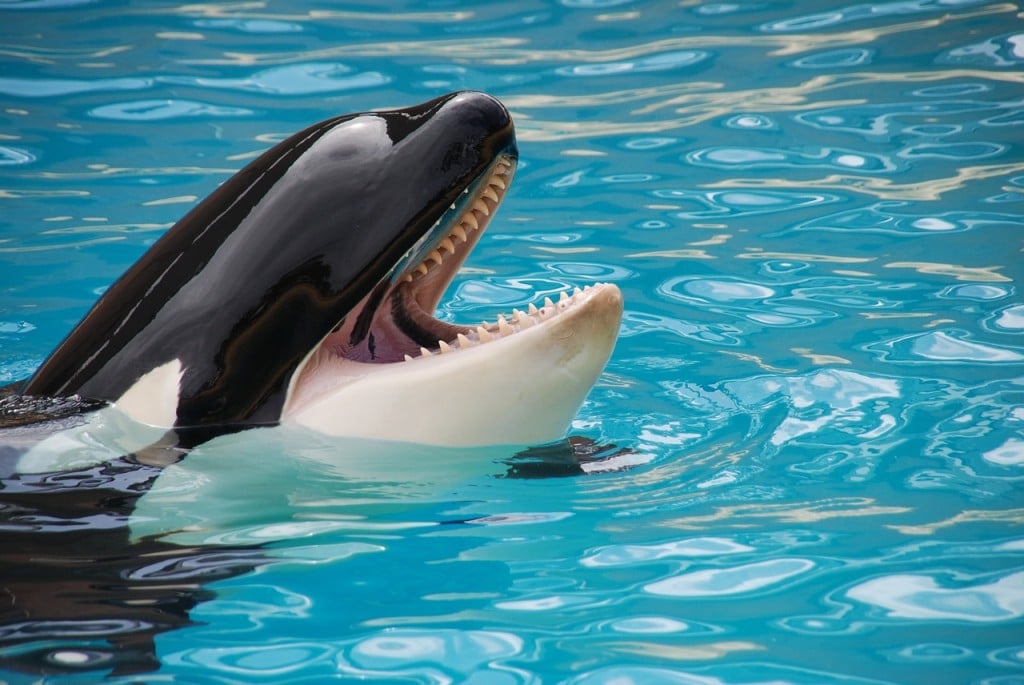 It breaks my heart to hear that Valentin, Inouk, Wikie and the other orcas at Marineland whom I love and once cared for are in grave danger.

Incredibly, the horrific water quality at the killer whale stadium today is not much worse than when I was a trainer there, when the subpar filtration system was ill-equipped to handle the volume of water and bioload of, at that time, seven orcas. There was no chilling system, which resulted in dangerously high levels of bacteria in the water, leading the whales to develop infections – as did I, since I was swimming with them every day. The filtration system was so inadequate that there was often zero visibility, and it could take close to a week before all the water was completely exchanged, resulting in standing algae on the water surface – proof of stagnant water. The malfunctioning chlorine-injection system caused eye burns so severe that they could potentially lead to blindness. The whales were once so badly burned that they couldn’t open their eyes for days, and sheets of skin from their head and back just peeled away. The whales were obviously in terrible pain.

How many more examples do you need to see that captivity is wrong and cruel? These social, emotional, intelligent animals have suffered their entire lives and now are in critical condition, all because they are being held captive for profit and greed.

Marineland must do the right thing and release the orcas. The situation is perilous and their lives are in grave danger as they try to survive in a pit of muddy water. There is no time to waste.